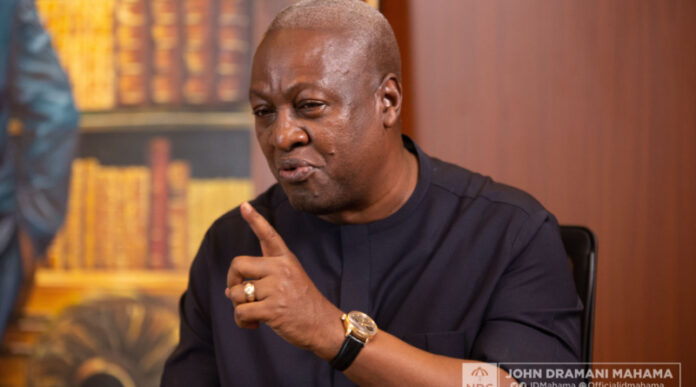 Ibrahim Daouda, a self-made Ghanaian millionaire, popularly known as Ibrah One, has taken to social media to say that former President John Mahama is dating his former girlfriend, whom he named as Mandy.

His former girlfriend is reportedly living in Germany and in a serious relationship with the former president, according to Ibrah One.

Furthermore, Ibrah added that politicians are stingy and that only women spend money on them.

He also added that he was only waiting for Mahama to be sworn in as president before he could begin to reveal him.

This is what he had to say; “Mahama is dating my former Mandy in Germany secretly, politicians are stingy.”

They spend money on women only. I’m waiting for him to be sworn in as president, so I’m also going to start opening his chapter. I’m not afraid of Cos.#Ibrahone

Checkout the screenshot below; 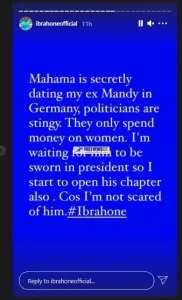