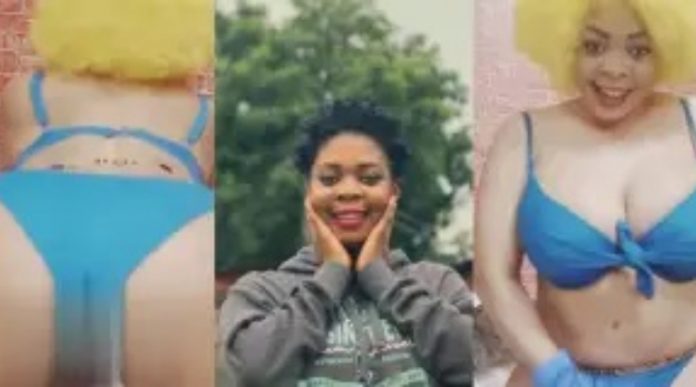 Joyce Dzidzor Mensah Mensah, a former HIV/AIDS ambassador, has caused a sensation on social media with her new antics.

Joyce Dzidzor Mensah rose to prominence after being diagnosed with HIV and was appointed an AIDS ambassador.

Since then, Dzidzor has been embroiled in a slew of issues, including clamping down on social media.

Joyce Mensah has done it again as she put her raw goodies on display on social media in a video fast trending online.

The video has elicited a wide range of opinions from Ghanaians, with many criticizing her for engaging in yet another risky behavior for the sake of social media likes.

Watch the video below :