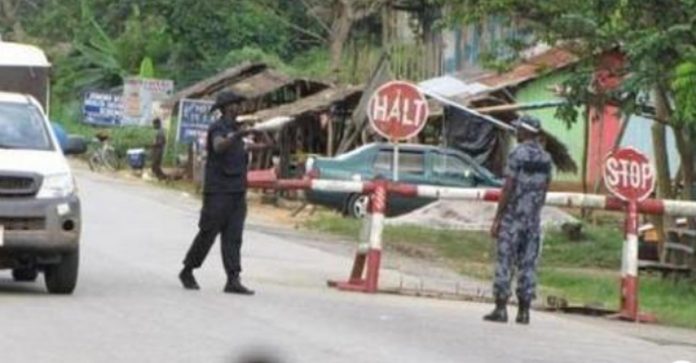 The youth in the North East region of Ghana in an area called, Kameringa, have battled it out with the police security forces mandated to maintain law and order.

According to the youth in the area, the police officers sent to the community to protect their lives, are doing nothing except to go on rampage and shoot indiscriminately.

They chased out the officers and burnt their checkpoints they mounted in the community and pursued them until their took to their heels. It is quite amazing how civilian members are dealing with public security forces who are fully armed by the government to provide security to the citizens. The community members have said, the presence of the police officers in their area, has endangered their lives instead of to endeavour and be safeguarding their lives and properties in the vicinity.

As they burnt the community police checkpoints, they attempted also to retaliate by flinging powerful stones against the officers compelling them to run for their lives as they pursue them until they completely took over the area. Some people have lost respect for police officers in Ghana as a whole because, they do not trust or have any confidence in them that they can save them from any pending danger.

Police officers in Ghana at large, are misconducting themselves in their various stations where innocent civilians are being killed without committing any heinous crime or in an abutment of crime to wit. It is now conclusive guidelines for people to take their own personal security issues to their own chests because the forces mandated by the laws of the country to keep them safe are not doing their lawfully mandated duties.

It is even resulting in cases where community members in some jurisdictions have taken the laws into their own hands, lynch, maim and inflict instance justice on every suspected person they perceived of engaging in any activity contrary to what they believe in.