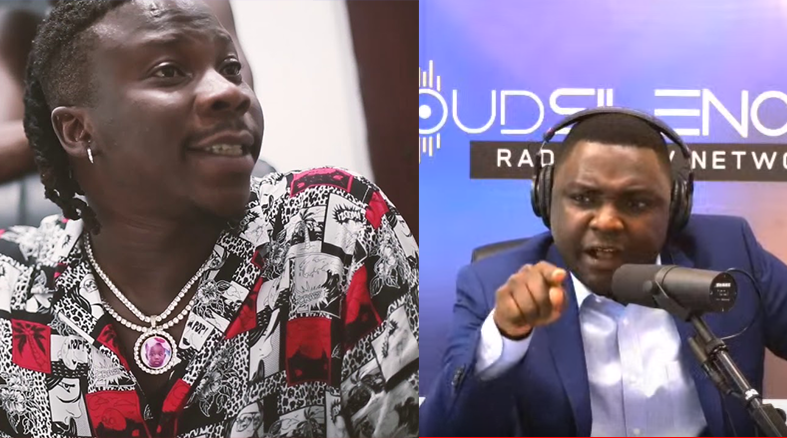 Multiple award winning dancehall/reggae act Stonebwoy has finally responded to German- based Ghanaian journalist Kelvin Taylor after the former made derogatory statement and hurled insults about Stonebwoy’s wife and daughter.

In a video that popped up on the internet especially social media, Kelvin Taylor was in his broadcast hurling insults at Stonebwoy for taking to twitter to advice Ashaiman youths not to be used any politician or political party to cause destruction in the country. The pro NDC journalist who seem to disagree with the musician decided to verbally attack the musician.

‘‘what i have actually heard is that, Kelvin Taylor guy so let me be honest. He couldn’t say those things; wishing my family dead and wishing my daughter dead just because you sit in your space that you want to please some political party over a very sensible comment that i made’‘ he said.

Stonebowy in his reaction also made it known that the comment from the journalist pretty much hurt him.

‘‘that hurt me bro, so that’s why i’m even bringing it up because you can talk about me, but bring and everything but if you bring my wife and kids and anything there, that’s like you being some…….you are mad, but if he’s doing it for that, i’m waiting for him” he stated.

He however mentioned in the interview with Andy Dosty on Hitz FM’s ”Daybreak Hitz”, that Kelvin Taylor retracts what he said about him and his family.