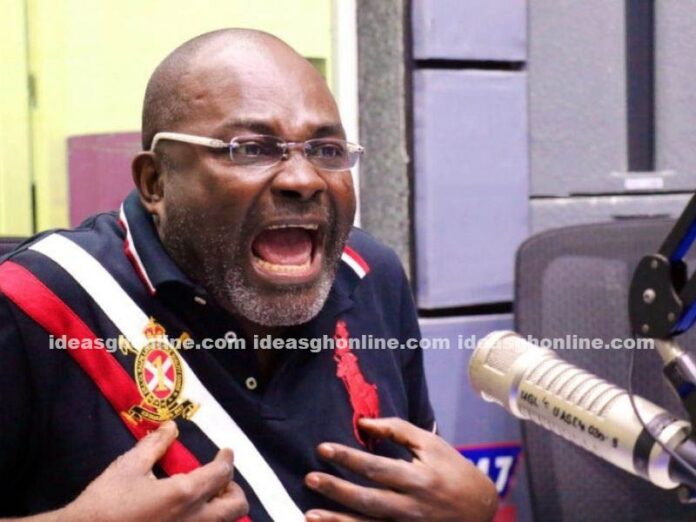 Ghanaian politician Kennedy Agyapong has released he has cut off ties with his kid brother and does not want to see him anywhere close to him.

According to the Assin Central Member of Parliament, his younger brother aged 23 destroyed what was supposed to be a private celebration of his 61st birthday with him and his family.

“I told everybody that I want a quiet time. I could have organized a big party in Ghana but I said let’s have it here but still my younger brother put it out there and destroyed the whole joy. He put it out there and said we are living large. What kind of stupidity is that?

“He said we are living large, I don’t like that. He’s not coming near me anymore. He’s about 23 and he destroyed all the joy. I’m beyond that. Fortunately for me, all the two restaurants that we went to, my friends in Dubai paid for me. They were competing to pay. But this boy goes to put it on social media. That language “we are living large” what kind of life is that?”

The Assin Central Lawmaker said he finds joy in sitting on a round table with his girls and boys and encouraged wealthy men to give birth to more children.
He, however, indicated that men who cannot take care of their children should not venture into making more babies because is a serious business.

It could be remembered that videos and photos were all over the internet of Kennedy Agyapong celebrating his 61st birthday with his children. In the videos one could see how lavish the celebration was and the kind of investment that went into the celebration.