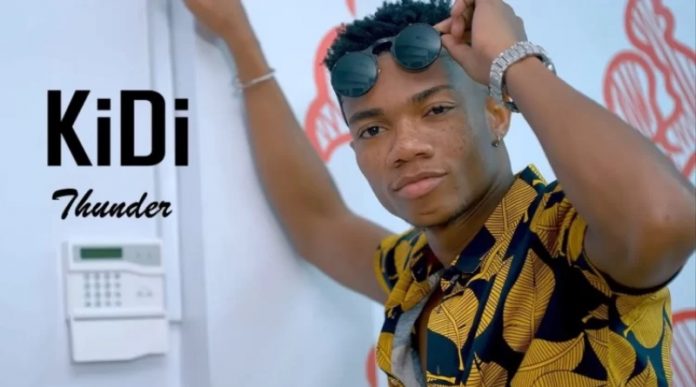 Kidi, the Artist of the Year, has revealed that he has recently been abused by a putative female fan.

Kidi claims he was enraged by what the female fan did to him, but that he had to maintain his composure and go away.

Kidi revealed this on Citi FM in Accra, saying he had just finished singing at the Twins Don’t Beg Arts and Exhibition event to celebrate their birthday when a couple of females approached him for selfies.

Kidi said one of the ladies came closer and before he knew it, she had held his manhood and was confessing as to what she had heard about him and the fact that she wanted to satisfy her curiosity.

Kidi said “done, the most recent one was something that happened recently that I wasn’t very enthused about but I took it in grace and left. I went to a birthday party ermm the Twns Don’t Beg Party. I wasn’t planning to perform but they are brothers so I did a couple of things for them and go down. 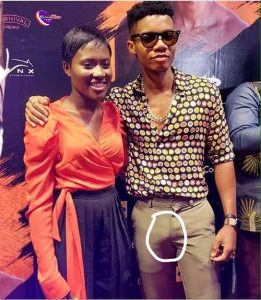 This girl approached me and like she and her friends and she was like Oh Kidi I want to take a picture with you. I said cool, you know I’m a nice guy so I said I got you. So when she was walking across to stand beside me, she stopped in front of me and she’s really tall, she is taller than me so I was looking at her and she grabbed my manhood. She was laughing and saying I heard things about you. I just walked away,” he told the host AJ Akuoko.

He continued “we don’t talk about these things because like if it’s a guy they will say guys they like it. What I portray doesn’t give you the right to…I want people to be respectful, there’s nothing wrong with showing that you love somebody but be respectful. I will never walk up to a female artiste that I love, I can never touch them in an inappropriate way”