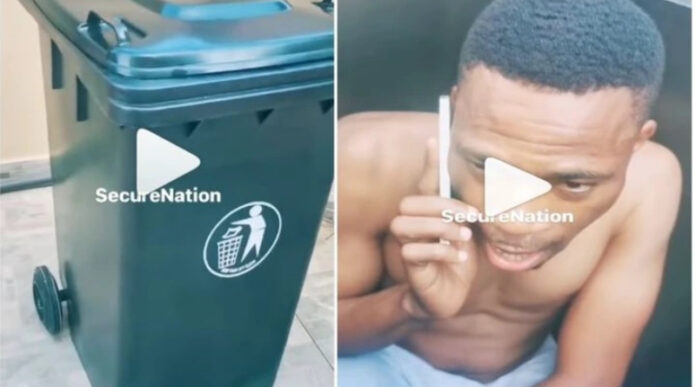 One of the top journalists in Ghana, Kofi Adoma Wanwani Caught On Camera Making A Call Inside A Dustbin

However, the Ghanaian journalist, teacher, philanthropist, and CEO of Kofi TV, Stephen Kofi Adoma, also known as Kofi Adoma Nwanwani was caught by a lady making a phone call to another woman inside a dustbin. 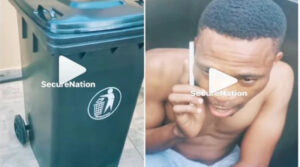 The journalist recently made an announcement on social media that he is married to a lady called Miracle Adoma Wanwani.

As a result of this, one cannot tell whether this woman who caught Kofi Adoma Wanwani making a call inside a dustbin is the wife or not. However, the lady was speaking the typical Fante language when she caught Kofi making a secret call to another lady inside the dustbin.

Watching the video carefully, you can see that a lady was holding a camera phone walking in the direction of the dusbin. When she got closer to the dustbin, she opened the dustbin and said, “Herr, Is this where you are hiding. What men can do. So because you don’t want me to listen to your call look at where you are hiding? So you this guy is that how you are?”.

Kofi Adoma Wanwani was shocked after the lady caught him and he told the lady on the phone that he will call her back. Some Ghanaians after coming across this video said that it might probably be a joke because the lady was overheard laughing in the video. Others said that Kofi Adoma Wanwani is a human who is capable of cheating in his marriage.