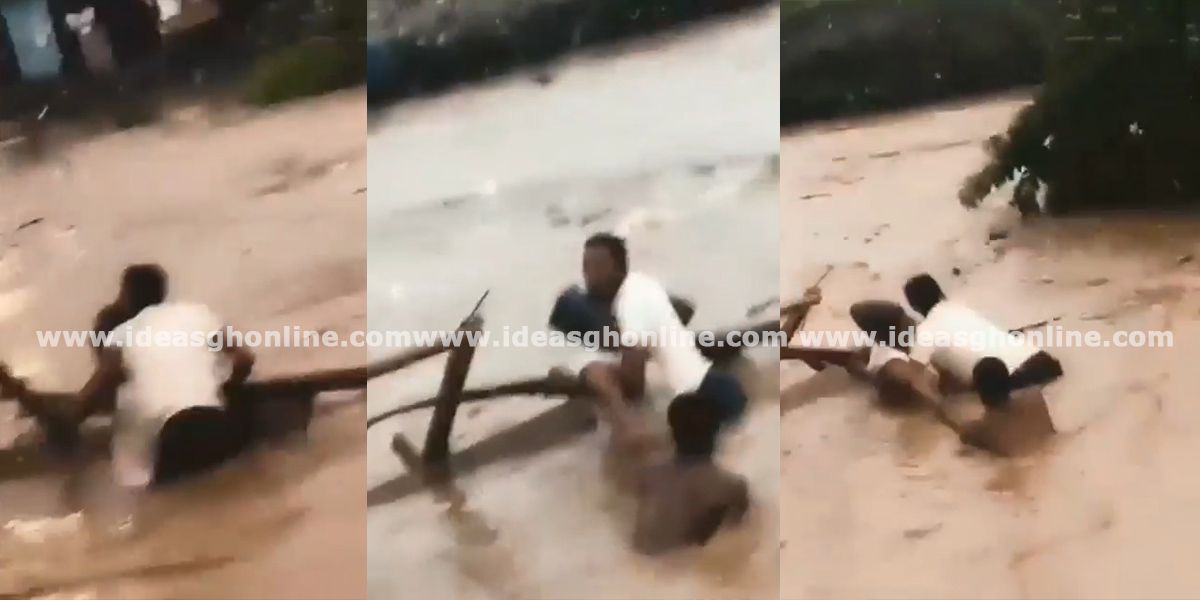 A 50-year-old woman, who has been identified as Akosua Dufie, has been confirmed dead after she was washed away by a flood following Thursday evening’s downpour at Anloga in the Oforikrom Municipality of the Ashanti Region.

According to eyewitnesses, the deceased, together with one other person, attempted to cross a weak wooden footbridge in the area, but unfortunately got drowned after the bridge collapsed.

They said efforts to rescue the woman proved futile.

“The rains started around 5:30 pm yesterday [Thursday], and the whole place was flooded, but people were using the [weak] bridge. The woman also got here and when she saw others using the bridge, she also joined. About four people went ahead while she followed them together with a young man. When they got to the middle of the bridge, it broke, and they fell into the water. They were all able to get out of the water, except one woman who couldn’t make it,” an eyewitness said.

According to the The Oforikrom Municipal Director of the National Disaster Management Organisation (NADMO);

“The body was found this [Friday] morning at 6:00 am. The people in the community were able to assist NADMO officials to retrieve the body. When something like this happens, we call the police, so they take over and continue their investigations. So we have informed the police, and we are waiting for them to come and take over the investigation,”.