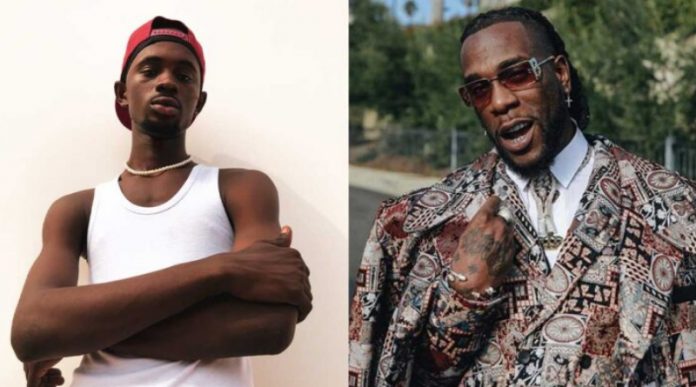 Recall that after Burna Boy jumped on the remix of Black Sherif’s second sermon song, he promised to take the young musician on tour with him to showcase his superb talent to the whole world.

After making that heartwarming promise, many Ghanaians most especially the die-hard fans of Black Sherif took to the internet to immensely thank Burna Boy for the kind gesture.

Unfortunately, Burna Boy is yet to honour the promise because he has been seen playing at a number of concerts in Europe without the presence of Black Sherif while performing the remix version of the second sermon song.

Just yesterday also, Burna Boy performed at the Madison Square Garden in New York City in the United States of America, and thrilled patrons of the concert with the “Second Sermon Remix” on stage.

It is these concurrent developments that have forced Kwaw Kese to speak up on behalf of Black Sherif.

According to Kwaw Kese in a tweet, Burna Boy lied that he will tour the world with Black Sherif because he is yet to see them on a tour.

Burna promised to take Blacko on tour but he’s on tour performing Blacko songs without him. @burnaboy you lied ??? 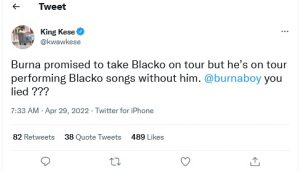