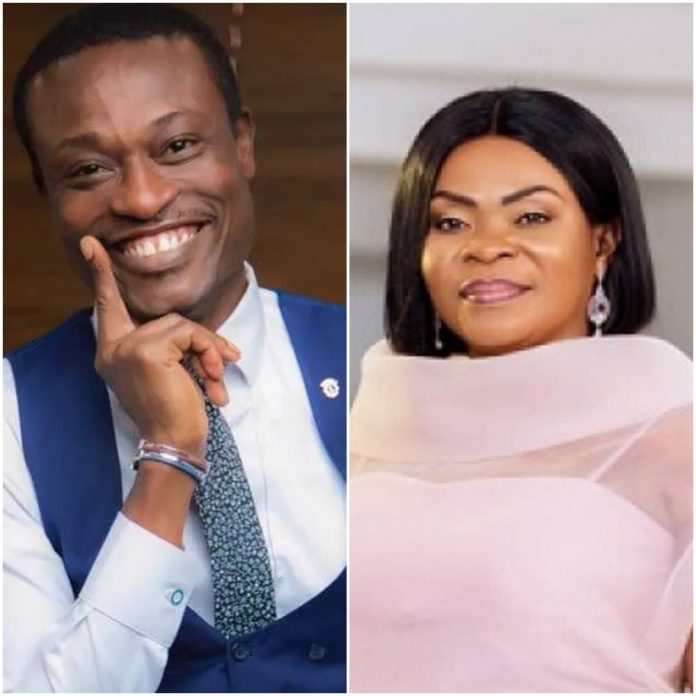 A fraudulent company belonging to one of the councils of state members has duped Ghana off over one million cedis by using the company through unscrupulous means to amass wealth for herself and the growth of her entity.

The special prosecutor Kisi Agyabeng, revealed two days ago that, he was able to rescue the country from someone who only bent on making a huge colossal amount of money at the blind side of the Ghanaian people but due to his swift and proactive measures put in place to ascertain things for himself, he saved over one million Ghana cedis from the coffers of the country which was earlier allegedly taken away by a company with the name Labianca, which is a private business entity of a certain member of the council of state in the person of an identified woman who was rather thought to be the mother of the country but rather, the murderer of the country due to the severity of her illicit activities embarked upon by her secret company used to loot heavily from the treasuries of the republic of Ghana.

Ghana is blessed beyond description with all the varied natural resources that God endowed us with but because of the shredded chicken tacos and peevish wickedness on the part of the Ghanaian political class, the resources are being mismanaged and misappropriated because they are holding and keeping the law enforcement authorities in their pockets whereby running around with the government of the day due to what might have been doled out to the hierarchical authorities whose mandates have been to just dispatch miscreant individuals employed under their illegal and uncultured swine means to protect and secure their lives because they are afraid of danger.

According to the special prosecutor, Kisi Agyabeng has implicated and cited madam Eunice Jacqueline Buah for causing financial loss to the state and involving in corruption-related cases which denigrate and tarnish the hard reputation of the office in which she belongs as a member of the council of state.

Madam Eunice Jacqueline Buah, whose private company bears the name Labianca, stole and swindled the country by an extension, ripping her off completely with a whopping quantum of over one million Ghana cedis by the taxpayers of the republic of Ghana.

It has been reported that the woman who has been caught up in the double-tongued action and conduct, the information communicated to certain individuals in the country is that, she is ready and fully prepared to refund the money back to the country even if with additional interest as a compensation to the country of Ghana.

It has beaten the imaginations of some people that such a decent-looking woman would be very much aware of what she is using her company to do secretly but yet still, she is gone and a seat at the presidency as the seat of government and claim to be admonishing the president on matters of national importance.

If the anus of such self-seeking people is not exposed beyond description to the general public, they will think about them as being the most decent and loyal people who must be serving the country forever but that is not the exact duty that they intend to embark upon because of their hidden motives behind every activity they wish to engage themselves in.

How the country is being mismanaged and misappropriated by the leaders of Ghana, is the main reason why the country is heading backward instead of going forward for financial restoration but suddenly, the country has headed for financial bailouts from the international monetary fund to undertake sensitive national projects as the government earlier indicated to the Ghanaian populace.