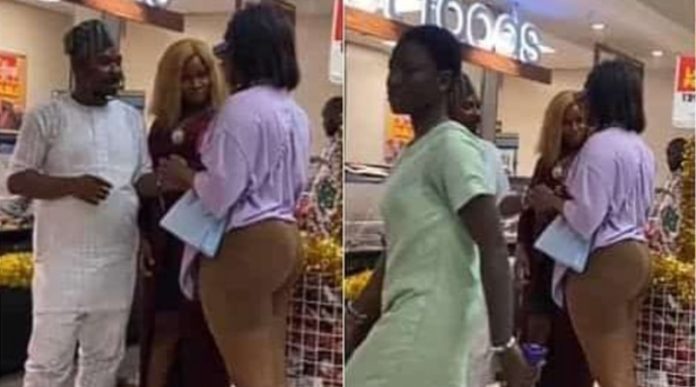 She requested for his number in the presence of his wife, and the lady looked at her in shock.You’re cute, can I get your number?”,the lady asked the man.

Reacting to this,the man turned to his wife and asked her to release the number,but she vehemently refused. 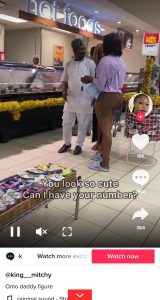 She said she didn’t feel comfortable about it. However,at the end of the video the lady revealed that it was just a prank.

𝐌𝐚𝐫𝐲: She did well, thanks Mayv God bless her, she just put more love in union, the wife will give the man more love after this.

𝐃𝐨𝐧: Tables don turn.The gut with which some men do this sometimes.And it’s supposed to look normal in such instances.Like what the ??

𝐑𝐨𝐬𝐞: That’s what I want to be doing now.Especially boyfriend and girlfriend,The breakfast must reach everybody 😋😊I like the test of the Vawulence 😂

𝐒𝐞𝐭𝐡: A lot is going on in this world😠, only God can judge with the way our ladies are behaving nowadays👀

𝐓𝐨𝐦: The wife shouldn’t be annoyed. When she was single, Men where admiring her up and down and demanding her number, now it’s her husband turn