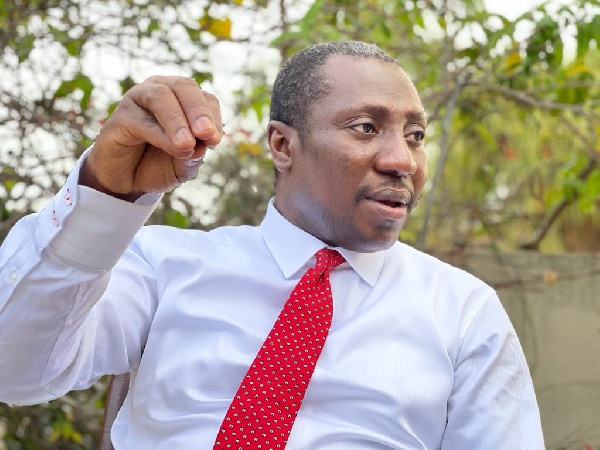 The deputy majority leader in the Parliament of Ghana, has appealed to all Ghanaians from every walk of life, to as a matter of an urgency, work tirelessly with the law enforcement authorities to completely combat the menace of galamsey activities in the country.

According to Honourable Alexander Afenyo Markin, the current state of Ghana’s water bodies are scaring his benevolence since that is the life residing in the bodies of Ghanaian people.

He argued that it is high time Ghanaians as united forces notwithstanding their political correctness and differences, came out strongly and combated against the current sprawling effects of the illegal behaviours exhibited by those engaging in destroying the future of Ghana just in the name of prospecting for gold entombed beneath the earth crust.

Ghanaian people across the length and breadth of Ghana, had earlier in the week, registered their apprehension and revulsion against the activities of the most notorious galamsey kingpin Aisha Huang, who was reported to have found her ways back into the country after her successful deportation to China.

But all of a sudden, she had been spotted around with her cohorts with massive earth moving equipments and downgrading the natural beauty of Ghanaian lands without thinking twice about the menace and repercussions incurred by her heinous conducts.

The case has gone far and near that, she has the opportunity to do what she is engaged in doing simply being the fact that, she is married to one particular prominent business magnate who hails from Kumasi.

It is at the backdrop of some of these fraudulent acts that the deputy majority leader in Parliament has been touched at the heart to rally around the peace of Ghana so as to salvage the situation before it becomes too wanton to be curbed.
Source: www.ghbuzznews.com