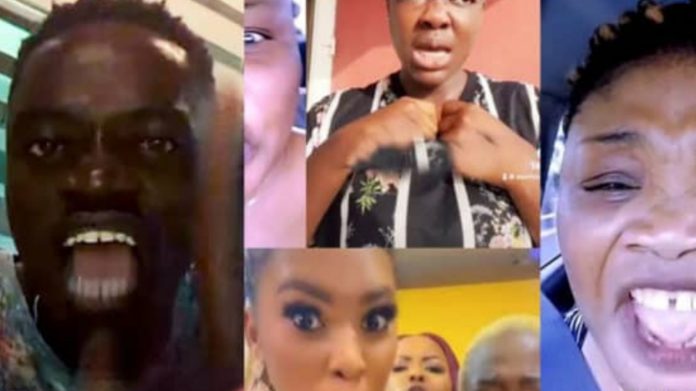 Remember that only a few months ago, targeted Tiktok influencers, notably females like Asantewaa, Felicia Osei, Jacklin Mensah, and others.

“This app that you find yourself on is temporary. Many apps have come and gone. Nothing is forever. So don’t take pride to a place where you get your daily bread. We don’t take arrogance and mindless talk there. That is where you eat,”

“So I advise my sisters (female Tiktoers) to humble themselves because without the app, pardon me, you don’t have anything. And two, you are not a star.”

Alot of Ghanaians strongly believes Lilwin is going overboard because, despite his attacks on these Tiktok stars, they have remained mute and ignored all his unhealthy words at them.

Some believe he’s pained by the fact that brands and musicians now use Tiktok stars to promote themselves rather than actors and actresses as it was done some years ago before the popularity of the video app.

As usual, Maa Linda who once locked horns with Lilwin over this same issue will reply him in the subsequent days and resurrect their long-standing beef in the process.