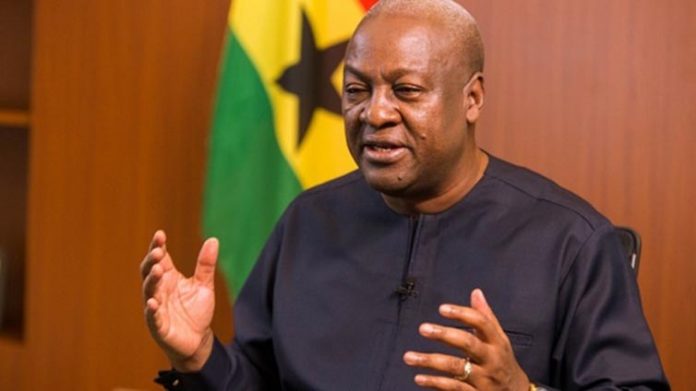 The ex president John Dramani Mahama, has resorted to crediting every good thing in the energy sector of Ghana in to his legacy.

The former President said, it was under his turn that the power challenges in Ghana were completed rectified giving Ghanaians the cause of no return to the days of darkness coupled with atrocities committed by others.

He is on the scene mocking and ridiculing the current government saying, it has nothing to show after taking over the political sphere for the past five years. President Mahama, who took the opportunity to respond to some informations going round that the incumbent president Nana Addo, has stated that, it is under his leadership that the sector has been restored to normalcy.

The reason why president Mahama was unhappy with the current leadership is that, the former projects initiated under his watch, are being used erroneously, in the name of the current administration.

He used the opportunity to educate Ghanaians that, they should not have time to think of this very administration because it has no formidable plan or programmes for the Ghanaian citizens. Under this very Akufo Addo regime, he said, he does not actually know which project undertaken by them that they can claim ownership of but rather, they are going round pedling falsehood and misinforming the general public about things they had not done yesterday or earlier in the day.

President Mahama stated that, energy recovery project he funded is the evidence of his love for the sector and the country as a whole and not like the other people who will only sit down unconcerned about the plight of Ghanaians and still be taxing them more than expected just to amass wealth for themselves at the detriment of the poor.

Ghana is currently facing the shortfall of the energy supply to various homes because of the limited number of power stocked available. It is almost everyday that, the power supply chain in the country sends many parts of the country into total darkness without explaining the fact that power available is not in an adequate amount.

As it continues to happen, people who do not actually know about the happenings in the energy delivery sector, begin to blame the Electricity Company Of Ghana, ECG, for plunging the nation into an utter darkness without giving any prior notice.