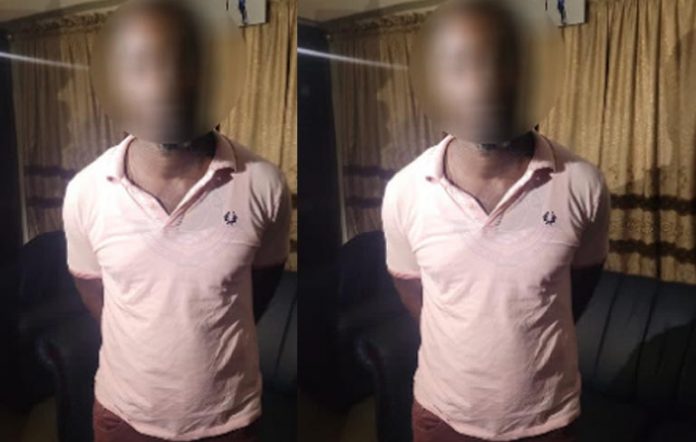 A very energetic man who is strong enough to work hard and bring food home and care for himself and the entire family, has resorted to the shortest way of becoming rich overnight without desiring to burn fat in his bone marrow.

The man who has securely been caught up in a secretly recorded video, intentionally planned to kill his biological daughter to a certain so called money vomiting god so that he could become wealthy financially in the community.

It is very obvious in the following video evidence you are going to watch that, the man was clandestinely recorded without his acquaintance where he was having a conversation with another individual suspected to be the ritualist who engaged the other man in a chitchat to interrogate him on some few issues before finally things could be done for him as he desired.

It is not quite clear if it is compulsory that it is his own daughter he must provide to be killed before the reality of the event could pour out the money that he is fervently determined to acquire and enjoy himself where people would celebrate him for becoming rich in society.

It is evidenced that people with money who can not account for the source of their financial prowess are the ones every society in Ghana cheers up because those with such suspicious characters are not questioned as to how they were able to acquire their riches without any form of questioning by the police officers in the country.

Many people have attributed such heinous and nefarious illegal activities in the country due to the volatility and fragility of society because of the high increasing number of people engaging themselves in criminal conducts with an impunity due to their influence in society as the world continues to decorate such people are wealthy men in their various jurisdictions.

But there is no need to be livid over certain things because gradually their annals would surely be exposed beyond description where it would be clear enough to everyone that such individuals are passing through the orthodox means just to register their worth in society without sacrificing their energy before enjoying.

It is high time such vigilante group are formed by the citizens to help curb such draconian and absurdities in the country to make every community a safe haven for all and sundry to living in.