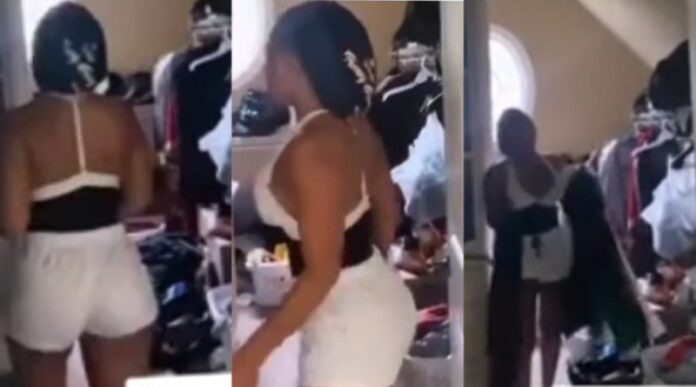 After being ejected from the house by his wife for refusing to adopt her children, a man has turned to social media to plead for assistance.

African American guy said his wife threw his possessions out of the house because he wouldn’t officially adopt her children from a prior relationship.

In a video he posted online, the wife was seen removing his clothes from the house. He objected, but she would not budge.

The irate man declared that he would not comply with her request since she intended to take advantage of him.

“She was angry because I refused to adopt her kids”, he wrote.