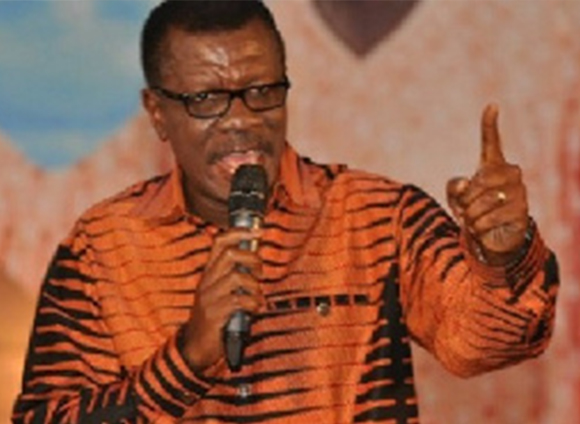 The general overseer of the International Central Gospel Church, Pastor Mensa Otabil, who was very vocal on matters of national importance in the era of the former President John Mahama, is conspicuously missing under the regime of Nana Akufo Addo.

Shocking to many Ghanaians today, his voice has resurfaced on the matters pertaining to the economy of the country. As some had heard his voice at the late part of yesterday, it was as a result of numerous public anger which was kindled against his total silence turnout in the administration of Nana Addo.

It is believed that he is a closed associate of the current regime therefore he is fully satisfied with the happenings in the country when it comes to matters relating to national interest. But yesterday, Pastor Mensa Otabil, the founder of Central University College, registered his presence that he is in the country therefore, nobody should think he is in full support of what is happening in the country presently.

He stated that, the country is not heading to the right direction at the moment hence his decision to stage a come back to the national coverage. It is an undeniable fact that, Ghana’s economic fortune is in a state of quagmire and that is the reason why stealing is rising quick and fast in Ghana and the world at large.

According to Pastor Mensa Otabil, even though he strongly believes that things are headed in the wrong direction, he has the confidence in the government that those who are at the helm of affairs, are competent enough to turn things around for the good of the country.