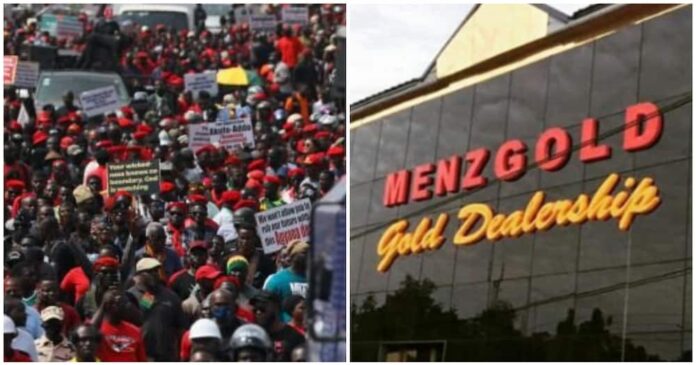 The disgruntled customers of the defunct Menzgold, are planning to as it were, petition the president of the republic of Ghana, His Excellency Nana Addo Dankwa Akufo Addo, to intervene in their four years locked up funds by the authorities of the institution.

It has been four years since the news traveled far and near that, a large significant number of customers of the said financial institution had been duped allegedly by the founder of the company, Mr. Nana Appiah Mensah, popularly known as Nam1.

The customers have jointly put their heads together to humbly plead with the government to see how best it could assist in retrieving their funds for them.

According to the customers who have confirmed their intentions of petitioning the president to use his executive power to order Nam1 to pay them their money, they stated their decision to head to the corridors of power has become necessary due to the unwillingness of the part of the management of Menzgold in releasing their locked up resources for the past four years. Some other reports had it earlier that, the manager himself of the company, Nana Appiah Mensah, has the backing of notable government officials who are assuring him of state security protection.

The information going around is that it has been alleged that, the manager has some kind of state immunity that secures and protects him from any arrest by the public security forces hence, his decision to be adamant in paying the people that he defrauded under pretenses.

Ever since the news came into the public limelight that, the owner of the Menzgold company has the backing of government officials, there was no official communication emanating from the presidency as to whether it could confirm or deny the public assertion about how the man at the center of this whole cacophony and brouhaha has not been arrested and prosecuted, it then establishes the claim that the government officials are in full support of his refusal to return the funds invested into his company.