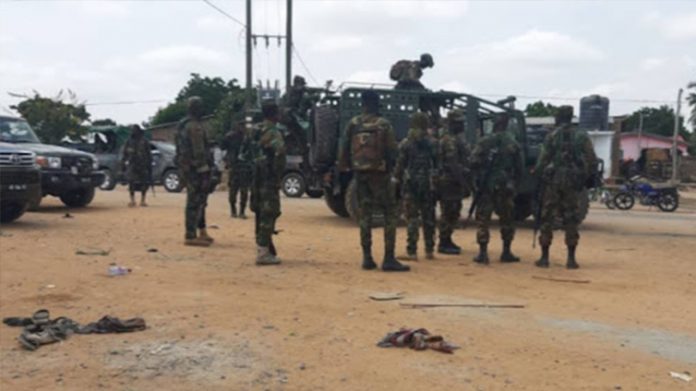 The member of parliament for Wa West on the ticket of the opposition National Democratic Congress, NDC, Hon. Peter Lanchene Toobu, is cautioning against the possibility of dispatching military and police forces onto the ground of where perceived renewed chieftaincy disputes are presently raging on.

Dozens of community members have been shot dead despite police patrol in the area. In the past days, some unknown assailants mounted spirited attacks on innocent civilians in the vicinity and killed them without provocation.

As others are preferring military personnel to be on the ground to forestal further reprisal attacks, the member of Parliament for Wa West constituency, is strongly kicking against sending both security forces to the ground where the sporadic gunshots are being heard.

Hon. Peter Lanchene Toobu, says he does not have the conviction that when military personnel are sent to the ground and their quest to complement the efforts of the police officers who are already there before the conflicts are still ongoing, will stop the clashes.

According to him, that will even make the matters worse because, those people will by all means have some unscrupulous avenues to make sure they seek revenge against those who killed their families members.

The security apparatuses are developing ways and means to bringing last peace to the people who dwell in such conflict prone zones. Due to the escalation of the clashes in the community, many have fled the town to other adjoining areas where is no much unrest or hooliganism for fear of being killed by the unknown assailants who are going round in the community just to shed blood of innocent people.