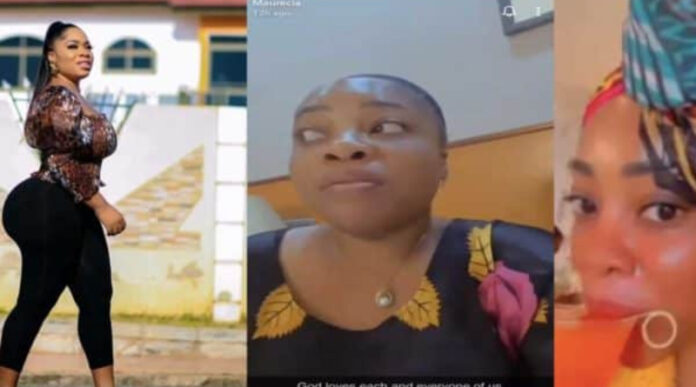 Moesha Boduong has finally returned to acting after a long break following the illness that nearly took her life last year.

The curvy actress has starred in a new movie directed by Kofi Asamoah which is yet to be premiered.

A short scene from the movie that has dropped on the internet shows Moesha Boduong seriously shaking her heavy backside for Big Akwes.

It wouldn’t have been a big deal if Moesha didn’t publicly announce her retirement from acting and fully going into the ministry of God.

Now, Moesha’s repentance has become very questionable because she’s now doing all the things she spoke against a few months ago.

Recently, she was filmed drinking an alcoholic beverage and after coming under heavy criticism, she lied that God told her to do such.