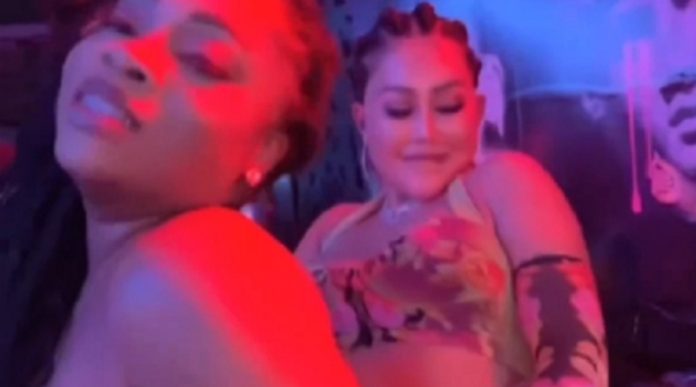 Moesha Boudong has once more been seen twerking in public following accusations that she has abandoned her Christian beliefs. 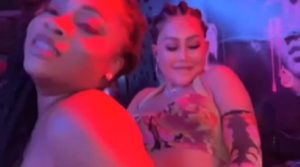 Moesha was photographed gyrating in front of Rada Darling, Michael Blackson’s fiancée, who gripped the socialite’s waist and hips while she also danced sensually, in what appeared to be a club environment.

She tipped Moesha over as they experimented with some sexy dancing movements while Chris Brown’s “Under the influence” was playing in the background of a video that has gone viral on social media.

Moesha came from hibernation in recent weeks, and the internet has since seen back-to-back twerking videos from her.

Innumerable comments have been made about Moesha’s behavior on social media in response to these videos and the most recent one, especially in light of her claims to have experienced rebirth.

In contrast, Moesha stated in a recent interview with Delay that she would like to pursue a career as an exotic dancer in order to earn more money.

“I know what I want to become. I really want to leave this country and really direct my brand to the US because I really get invitations to go to the US for a lot of events and I’m trying to really build my brand to be an exotic sexy dancer to make money off that,” she said.