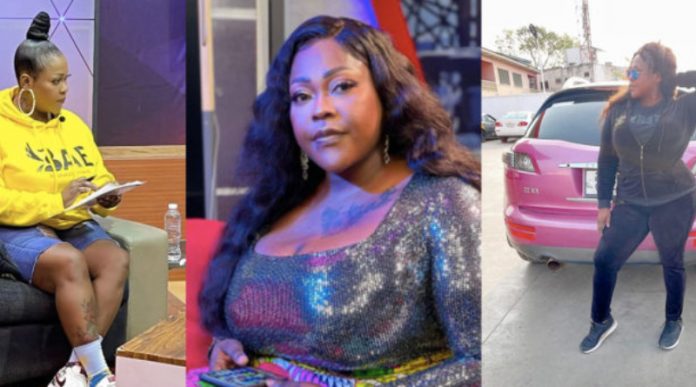 Loudmouth Mona Gucci, a Ghanaian media star, has been caught lying on the internet about buying a new Mercedes.

Mona Gucci recently took to the internet to display her customized Mercedes-Benz, only to enrage her online detractors.

The Mercedes Benz Mona Gucci bragged about has the number plate “‘Mona G 1-19” to claim full ownership of the car.

Well, amidst the congratulatory messages from her friends and loved ones on the internet, it has been discovered that the car doesn’t belong to Mona Gucci.

According to a report from an exclusive source, the car number plate of the car Mercedes Benz Mona Gucci bragged about is is for her old car.

Seemingly, if Mona Gucci is recycling old number plates then who’s to say she’s not recycling an old car which doesn’t belong to her as well.

Mona Gucci is following in the footsteps of Akuapem Poloo, as the mother of one recently admitted in an interview with Delay that the automobiles she flaunts on social media aren’t hers in real life.

She also revealed that she solely uses her initials to embellish number plates for publicity purposes. 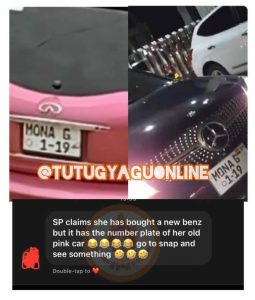