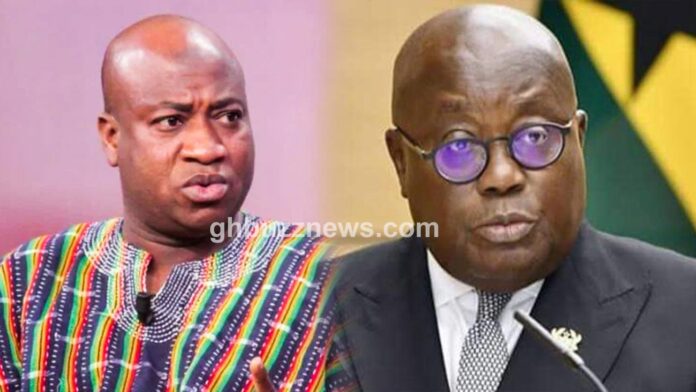 The president of the Republic Of Ghana, President Nana Akuffo Addo, seems not to be in the good book of many Ghanaian electorates.

The member of parliament for Tamale Central, Hon. Murtala Ibrahim Mohammed, has accused the president for what he termed “Mediocrity”. According to him, those of them in the minority side of the house and at the executive caucuses, knew from the onset that the presidency of Nana Addo would be disastrous since he was a mediocre himself.

Hon. Murtala Mohammed, who was a deputy minister of trade and industry under the erstwhile Mahama era, is berating the current president of Ghana doing nothing meaningful on the seat of leadership.

The lawmaker in the chamber of parliament, wilfully lambasted the president as a child saying in public pointing out that; even when this current president was a minister of state under the regime of former president, he performed abysmally beyond description”.

Many discerning individuals in the country have called on the president to urgently downsize his current executive to restoring the fortunes of the country as the status of the economy presently is in a state of coma. Ghana is at this moment, experiencing national economic meltdown as a result of oligarchy and bad governance.

The honourable member of parliament has put it that, the president has completely lost touch with the rank and file of his own party then, how much more of the Ghanaian populace? He queried. Ghanaian is approximately 31 million with diversed tribes and with over 65 languages in the 16 regions of the country presently.

The people of Ghana are watching meticulously for themselves: for the river that does not acknowledge its source, dries up and posterity shall be the best judge.