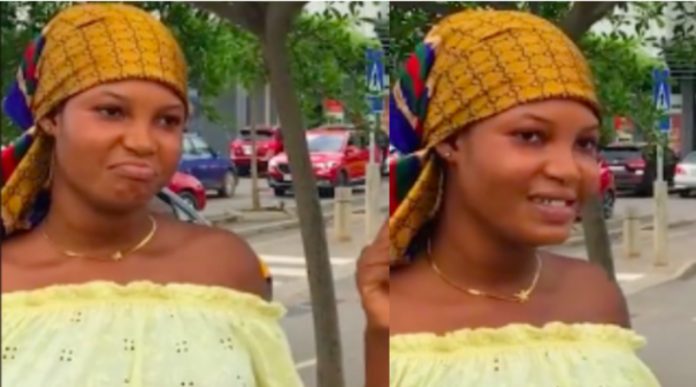 A young Lady from Ghana explained to the public why she remained with her partner despite his unattractive features.

The Lady who received backlash for making derogatory remarks about her ex-boyfriend claimed in a brief Tiktok video that she broke up with him because he was insolvent.

She continued by saying that because she could never be with a rich man, she consented to date her current partner.

The gold-digger told @juujee koko this when he asked her why she ended her last relationship, and she gave the terrible answer below.

I broke up with my ex because he was broke, and I don’t date broke guys. The guy I’m dating now is ugly, but he takes care of me, so I can’t leave him for anyone else.

Since then, her video has gotten crazy reactions on social media because it made fun of her current boyfriend.