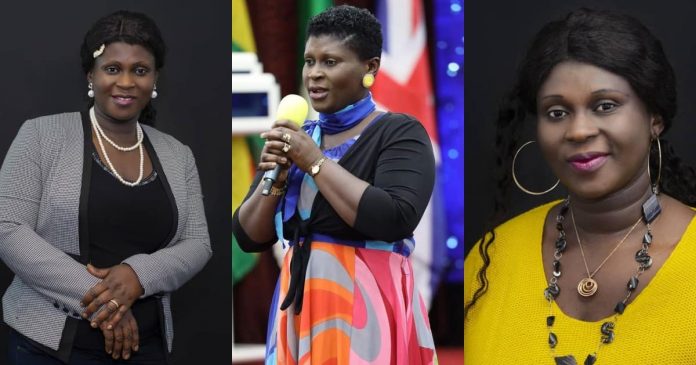 The gospel music sensation has revealed how her life had been miraculously saved from an early death lurking around her soul in the year, 2019.

The versatile songstress of many decades stated that she almost lost hope in the process but she never forsook the God that she serves and believed no matter how things would turn out to be, still she would call upon the name of God in times of trouble and the Lord God would rescue and deliver her from all her dearly afflictions and truly, it happened in a splendid manner using that to defeat the work of the enemies of do not want to see her alive.

She indicated that she was critically ill at the point of near death but through her excruciating moments, God sailed her during her thick and thin experiences which is still motivating her to be singing glorious songs to praise and extol the wonderful artworks of God, Almighty.

She revealed that many difficult challenges came up in her way where she even concluded that, such activities would be spiritual attacks launched on her by a certain group of people she may not reveal this to the general public but she knows such wicked individuals till now but in all, glory be to God for delivering her from her turbulent spectacles which nearly took her precious life away.

It was at that fateful event that the rumor was lingering around that she passed away and she heard every detail of what transpired when she was cloned down to her sickbed waiting upon God to save her though she attempted to give up just that she was suddenly inspired by the spirit to hold onto her faith to see the wonders and marvelous nature of God through his miraculous handworks which earth wisdom could not fathom comprehensively.

She also attested to the fact that some people tried to end her music career inconclusively because, at that particular time, her songs were fast advancing to every corner of the country but all of a sudden, her songs got trapped without receiving any proper attention from the general public who hitherto, were praising and supporting her both physically and spiritually but unexpectedly, turned their back against her for not even giving any tangible reason.

In her view, such would be the obstructions of those who work in darkness but she is the light and thus, she shines everywhere she goes which the darkness can not comprehend because the light is more portentous than the darkness the reason that her light is Christ Jesus who lives in her bosom graciously whereas, satan, who does every filthy and dirty work in the dark places.

Even though she stressed that a whole lot of events occurred taking into account those scary moments she encountered before and during her times of ill health, she would not reveal all because the hunter does not tell it all and thus she must reserve some of the details for other occasions where she would have the ample hills of times to share touching testimonies about the goodness and mercies of her God who still holds her precious soul enviably with hosts of angels watching over her dear life.

On the lighter side of her life, she says, cooking is her hobby and due to that, she has sweet cooking skills which is always assisting her in preparing delicious meals for those who are yearning for her appetizing foods too much with their appetite.

She also uploaded a part of her cooking gymnastics displayed in her private kitchen onto the internet in her quest to inspire her fans to let them know she is hail and hearty; for the Lord God sustained her after numerous attacks from the camp of the devil which could not prevail against her personal life.