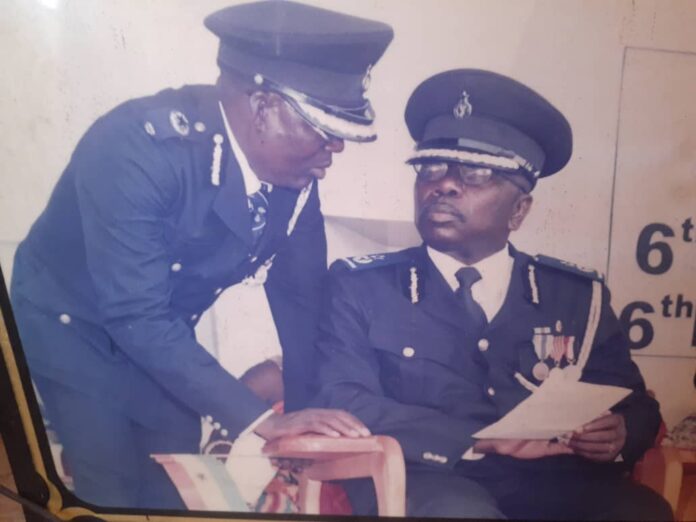 On Tuesday, May 11, some members of the supposedly disbanded pro-NPP vigilante group Delta Force were last week arrested for attempting to forcefully remove DCOP retired Ayensu Opare Addo from office.

The gang which claimed to be officials of the National Security stormed the premises of the Ashanti Regional Coordinating Council for their illegal operation.

Speaking on the Morning Starr on Monday, DCOP Opare Addo who was not provided with personal security when he assumed office narrated that the gang who stormed his office claimed that they were acting on orders from above.

He added that he was surprised that the individuals who handcuffed him were let go after a report was lodged at the Police station.

“I had been informed that my appointment had been terminated on the 9th of April. I was waiting for the person coming to take over so I handover to him so I never left the office. I was packing my things in the office when 7 guys forcefully entered my office and said they had been asked to bring me to Accra. I told them I will not go and immediately they handcuffed me. Eventually, the Ashanti regional security commander came in and I was freed so I reported the matter to the police.”

DCOP Opare Addo added that he is unaware of what will happen to the gang that invaded his office since no one has communicated anything to him a week after the incident.

“I don’t know what action they’re going to take against them but I’ve reported the case to the police I was surprised that the guys came to my office and even handcuffed me but they were left to go without any arrest,” he fumed.

“These Delta Force guys, they have been wanting to do galamsey and I have always resisted it. Some time ago, so they have never liked me but I’m not intimidated at all,” he said.