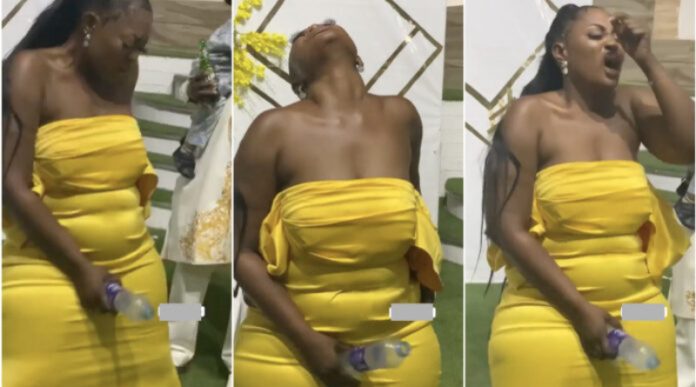 The footage of a woman whose actions at a wedding left everyone perplexed has drawn a variety of interpretations from Ghanaians.

Evidently, she pictured herself performing the act in bed with whichever man’s ‘thing’ was long enough to make her salivate.

She took the bottle up to her “downtown” and began violently thrusting and rotating it in the direction of her lover as they were in bed.