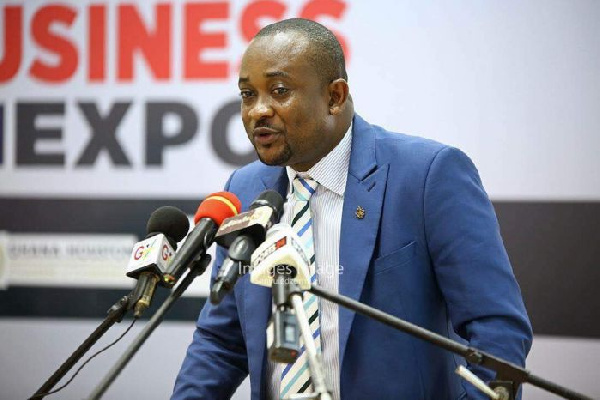 The former deputy minister of information, Pius Enam Hadzide, has touted what he described as the unprecedented manner in which the incumbent president and the commander in-chief of the Ghana Armed Forces

His Excellency Nana Addo Dankwa Akufo Addo, is aggressively trying to deal with corruption related cases in the country unlike the precious successive governments who had made it cancerous nationwide as if it became a swimming pool in every part and parcel of the entire country.

According to the former deputy information minister, there is no particular president either past or any incoming administration that could radically fight the menace of corruption except an NPP government as this current president is doing at the moment to the administration of many.

Following the declaration of Pius Enam Hadzide which seeks to praise Nana Addo Dankwa Akufo Addo and his rebellious and belligerent government, some Ghanaian people are struggling to clearly understand if Mr. Hadzide is speaking in ironic expressions or he is being ingenious because it is evidenced to such individuals that what he is talking about at the moment, it is typically far from the whole truth and nothing else but the fact as another heinous and nefarious activities of those this repressive and obfuscatious regime has appointed to serve in the judiciary.

It is believed by certain crop of people that this reprehensive claim coming from the mouth of Pius Enam Hadzide to the unfounded and unestablished statement that the president is fighting corruption head-on, it is laughable and comical to such people because as we speak, there is a heavy shameful and disgusting expos’e revealed by the Auditor General about how over some eighteenth individual members who served and are serving on the bench of the supreme court of Ghana secretly and clandestinely planned and acquired public vehicles unlawfully contravening regulations governing the public financial management regulations which is a move contravening their ethical and professional codes of conducts as public servants who must know better than as they have done.

In the said report cited against such recalcitrant and bandit pilfering activities on the part of those retired and some still serving members at the supreme court, a total of nineteen judges have or had unlawfully bought vehicles meant for public duties secretly for their own private purposes without any detailed approval from the state authorities which has now put them in a state of jeopardy as the general public ridicules and mocks such people who are being held in high esteem wrongly.

It is therefore assumed that Pius is just attempting to sweet this prevailing disgusting expos’e down the carpet so that the anus of government would not be exposed beyond description because it is this very government under which such illegalities were and are committed without curbing it from the onset with the reason that they are birds of a feather as they continue to flock together.