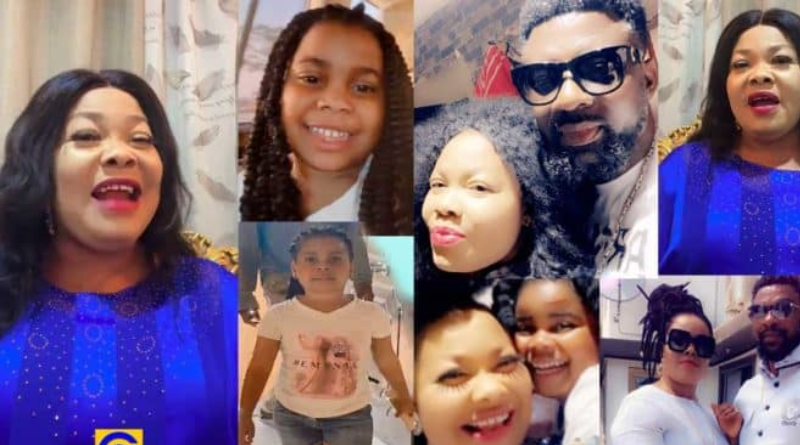 Nana Agradaa, a formerly fetish priestess who is now known as Evangelist Patricia Asiedu, has finally responded to rumors that her husband had divorced her.

Nana Agradaa refuted these claims in a video, claiming that her marriage is not on the rocks as claimed, and that she and her husband are carrying out their religious duties separately.

Mama Pat also stated that her hubby prefers a private life and is not a social media user.

She also urged Ghanaians seeking information on her husband’s whereabouts to visit his church.

“Anyone who wants to see my husband can go to his church as we are on different paths in regards to our religious works. At home, my husband is not a fan of social media. As for me, I am doing my God’s work. I am still in my marriage but I am doing my work”, Nana Agradaa revealed.

In responding to allegations that she has used her daughter for spiritual sacrifice, she showed off her daughter in a live video.

This comes after a self-acclaimed man of God alleged that Nana Agradaa belongs to a secret society and has allegedly used her daughter for sacrifice.

According to the man of God, Nana Agradaa killed her daughter to elevate her church which is why her husband has left their home.

He asserted that Nana Agradaa’s husband found out about his wife’s evil act and has moved out from their matrimonial home.