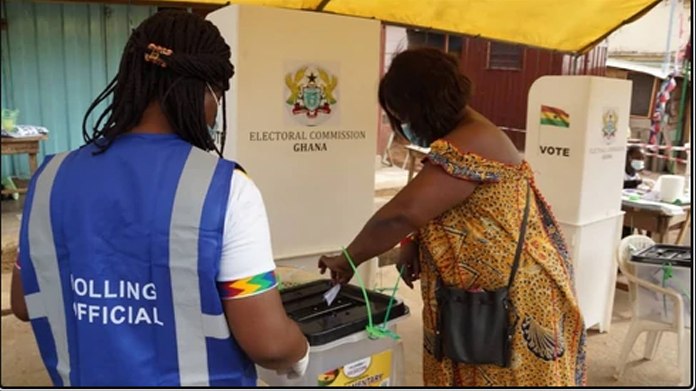 The largest opposition National Democratic Congress (NDC) says it will take its own Destiny into the 2024 general elections since it does not trust the Electoral Commission to run a fair election.

According to the NDC deputy national Communication Officer, Mr Godwin Ako Gun, the conduct of Jean Mensa led Electoral Commission In the 2020 general elections has amply shown that it cannot be impartial in the next election if she continue to assume her Office as EC chairperson.

This according to the party, as part of their vigilance tactics into the 2024 elections, will put its destiny into its hands and is poised to win the election overwhelmingly such that the result can’t be challenged.

Explaining why the NDC boycotted the IPAC meetings held on yesterday organized by the EC on Jomoro based New Day FM “Adeakye Abia” Morning Show, he said, the NDC don’t oppose to post election reforms, but, the party will not sit in a post electoral reforms charactized by rigged and flawed elections.

“the current leadership of the Electoral Commission who supervised the manipulation of the 2020 general elections and the stolen verdict, lack the integrity, credibility and impartiality to lead any such discussions or review of the very elections they rigged so there was no need for that meeting” he told Nhyiraba Gideon the host of the show.

The deputy Communication Officer further reveals that, the NDC is to extend the party’s electoral reforms and other programmes to all the 16 regions and the 275 constituencies to promote the party’s unity, peace and cohesion after its defeat in last year’s general elections.

He said, a roadmap for the Regional and the Constituency reorganisation of the party will be soon announced by the National Executive Committee (NEC) of the NDC.

Meanwhile, the party executives at the branch and constituency levels will be asked to begin holding regular meetings and activate steps for mobilising existing and new members, he said.

Mr Godwin Ako Gun asked the constituency executives and grassroots members of the National Democratic Congress not to lose their guards down but to step up their political efforts and support to win more souls in the 2024 elections.