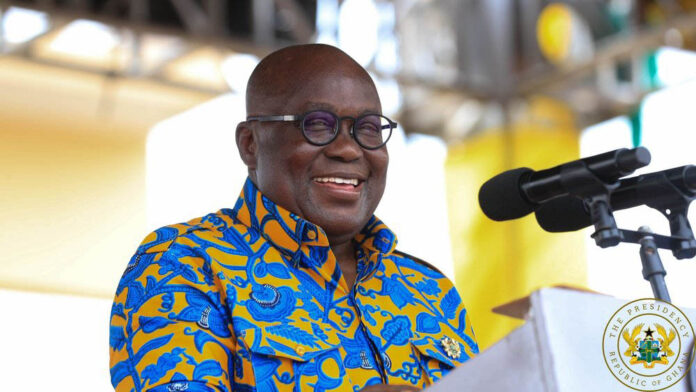 President Nana Addo Dankwa Akufo-Addo has expressed confidence that whoever the New Patriotic Party (NPP) selects as its presidential candidate will win the 2024 elections.

He said it should be the responsibility of all the rank and file of the ruling party, nevertheless, to do everything necessary that the objective is achieved.

“I am very confident that on the 7th of December, 2024, the new NPP Presidential Candidate is going to win the elections of 2024.”

President Akufo-Addo was speaking at the 29th anniversary of the elephant party, whose motto has been ‘Development of Freedom’, on Wednesday, August 5.

The party was founded on July 28, 1992 but chose to mark the day exactly eight days after the 29th year of formation. It also fell a day after the 74th anniversary of the formation of the United Gold Coast Convention (UGCC), the party to which NPP traces its lineage.

“Yesterday, the nation celebrated the beginning of its fight for freedom that was lit on the 4th of August in Saltpond 1947. By one of those coincidences that perhaps have divine blessings, today we are celebrating the 29th anniversary of the New Patriotic Party, the party that has dedicated itself to advancing the ideals and values that were established on that day 4th of August, 1947.”

“Our responsibility is to do whatever it is necessary to make sure that victory is forthcoming.

“We have to continue our way forward in Ghana. We cannot accept the backsliding that takes place every now and then. It hasn’t benefited our nation and it will not benefit our nation.

“The foundations that we have laid today for the prosperity of our nation are going to be shaken if again through our own fault we allow the path to progress to be diverted.”