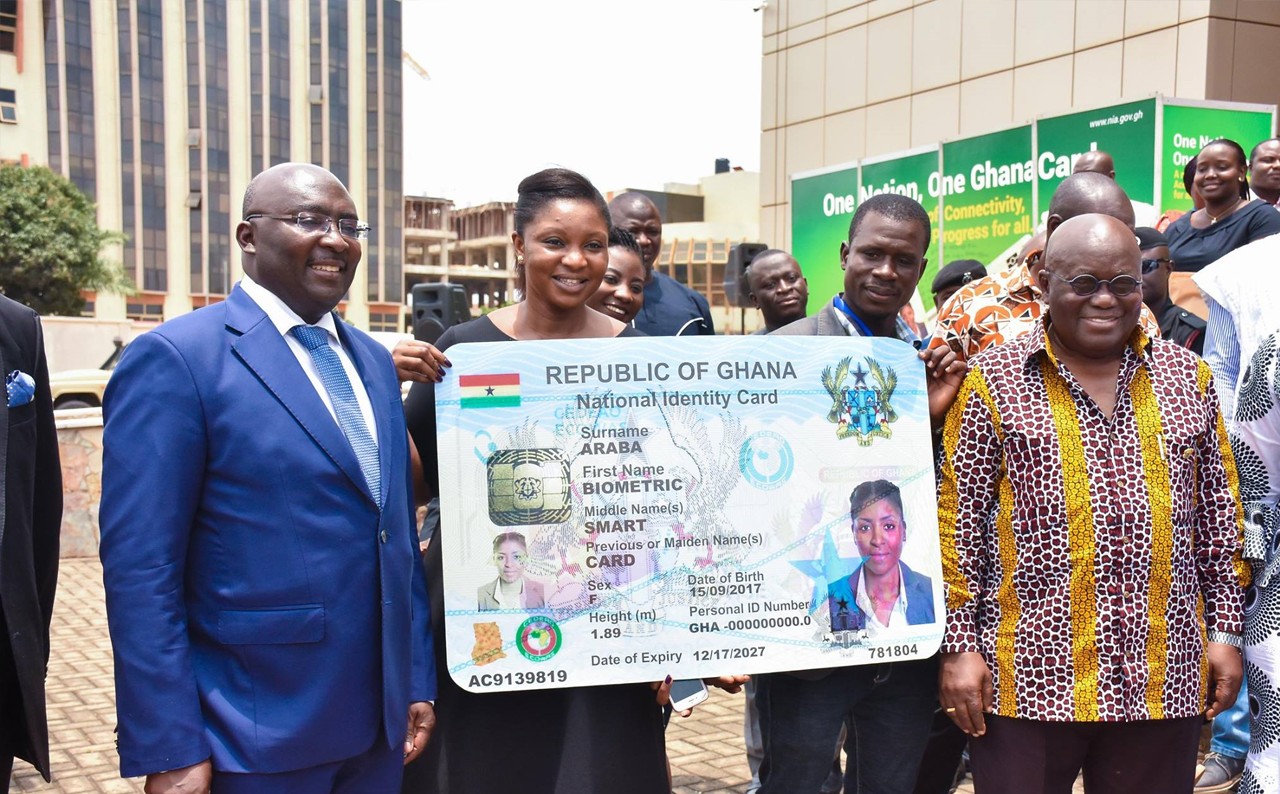 Persons who have registered but are yet to be issued with their Ghana cards by the National Identification Authority (NIA) will receive their cards by June this year, the authority has assured.
This follows the opening of the regional and district offices of the NIA to facilitate the process as well as ensure that the authority has a strong presence in all regions.

In an exclusive interview with the Daily Graphic, the Head of Corporate Affairs of the NIA, Mr Abudu Abdul-Ganiyu, said all the issues that created the backlog had been cleared and the authority was now ready to issue the cards.

“Due to some technical challenges, a number of people who went through the process in 2019 during the special exercise and also last year could not be issued with their cards.

“However, the issues have been dealt with and the cards printed. From June, the regional and district offices of the NIA will be operational and all those backlog cards will be issued to those who registered,” the NIA Head of Corporate Affairs explained.

Mr Abdul-Ganiyu explained that since the registration exercise was over, there was no point in setting up special collection points but the decision was taken to use that exercise to launch the district and regional offices.

Thus per the arrangement, people who registered would be required to call at the offices in their district or region with the collection slip to be served.

“The system has been made efficient and the cards areas where the registration took place all fall within some districts within the regions. It has been done in such a way that people would not have difficulty getting their cards.

“So, for instance, if you registered anywhere within Adabraka, you would be required to go to the district office for your card,” he explained.

Mr Abdul-Ganiyu further indicated that some cards were yet to be printed due to some inconsistencies in the information they provided but gave an assurance that once the queries raised were cleared, owners of those cards would also be issued with their cards.

He thus urged people to exercise patience as the NIA goes through the process to issue the cards.

“There is an ultimate plan to make the Ghana card the main form of identity card for all Ghanaians and so everyone will be issued with one, I will therefore urge all those who have gone through the registration but are yet to receive their cards to exercise patience.

“It may have delayed, but certainly all of the people who have registered will be issued with their cards,” he stressed.

The NIA spokesperson also indicated that under the initial registration exercise which took place last year, the target was to register 80 per cent of the adult population and said that target was achieved.

“I confidently say that the target of capturing about 80 per cent of the adult population was achieved and that has helped established a database for an efficient ID management system to help in the eventual adoption of the Ghana card as the main national ID for all transactions.

As part of efforts to migrate towards making the Ghana card the main ID, Mr Abdul Ganiyu indicated that the authority had also successfully completed a pilot programme with Calbank to allow the Ghana card be used for transactions at the banks.

He explained that the banks had objected to accepting the card because they wanted a reliable way of verifying them for delayed transactions but not for real time transactions.

“The banks were not accepting the Ghana cards because they had no means of verifying the information on the cards, compared to the others like the voters ID or the driving licence as the database on the Ghana card had not been established.

“However, the processes have been completed and we have undertaken a successful pilot with Calbank.

“It went very well and currently the team is assessing the outcome before eventually rolling it and I can assure you that it will be very soon.

“Once it is accepted as the ID for the tax transactions, the process will be completed to also be in sync with bank transactions,” he emphasised.