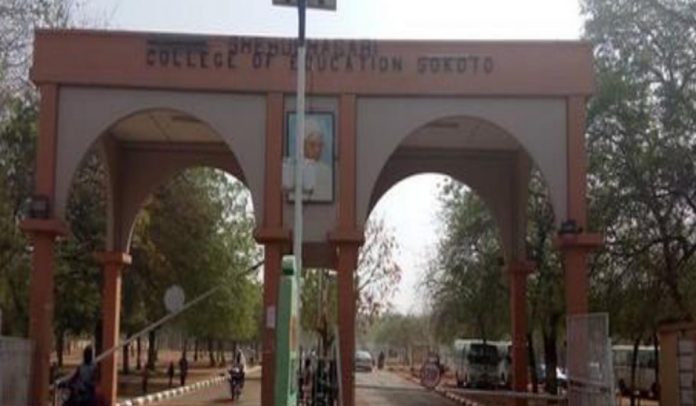 There was a chaotic scene in the Nigerian town of Sokoto where such an ugly spectacular event took place. In the state college of Sokoto, a student was mobbed and burnt alive in the full glare of the public for using insulting and inflammatory comments against Prophet Muhammad allegedly.

The student, identified as Deborah Samuel, was believed to be disrespecting prophet Muhammad for a while now thereby, they took such an instance to terminate her dear life without recourse to humanity. The girl had been murdered in cold blood despite the presence of other onward lookers in the vicinity.

It is not however clear, as to why she was not reported to the school authority for making such defamatory and blasphemous remarks on Muhammad so that the authorities would take actions against the said girl but they disregarded lawful authority and took the laws into their own hands.

The school authority is yet to make its pronouncement on the matter. Some people are calling for the arrest and detention of those seen in a viral video that is being circulated online involving those who committed such an atrocity. Sokoto state has become a lawless state now where people do whatever pleases them without being punished for it and that is the reason why others are also killing innocent souls to please their own egos.

The family of the murdered girl, Deborah Samuel, are not taking this horrifying news kindly as their lovely daughter is no longer alive. The school where the incident happened, is a training college for teachers to graduate and impact the community wisely with what they have acquired but they have turned the school into an arena of an abattoir where humans are being slaughtered like animals.