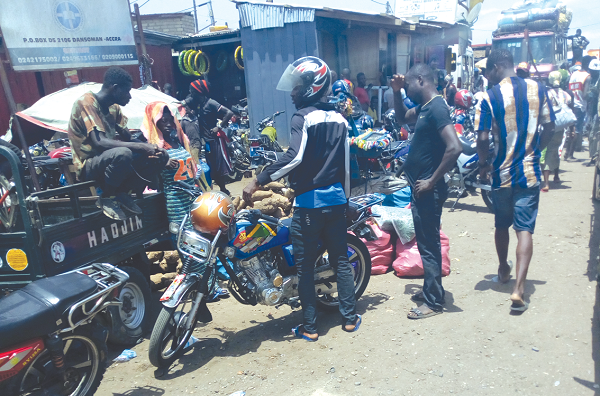 A commercial motor rider was in tears after discovering his manhood had been spiritually stolen by a passenger he carried.

In videos making rounds on social media, the man disclosed he drove an elderly man to a location at Ifako, a district in Lagos State, Nigeria.

After they had parted ways, the okada rider said he felt light from beneath and after touching with his hands, it was confirmed that his manhood was not there.

As he looks around helplessly, some observers asked what was the problem and he broke down in tears while narrating his ordeal.

The situation of losing manhood is a common one in Nigeria.

Back in November 2020, some aggrieved youth took to the streets to protest the disappearance of their manhoods.

It took the intervention of some traditional leaders to make them ‘whole’ again.