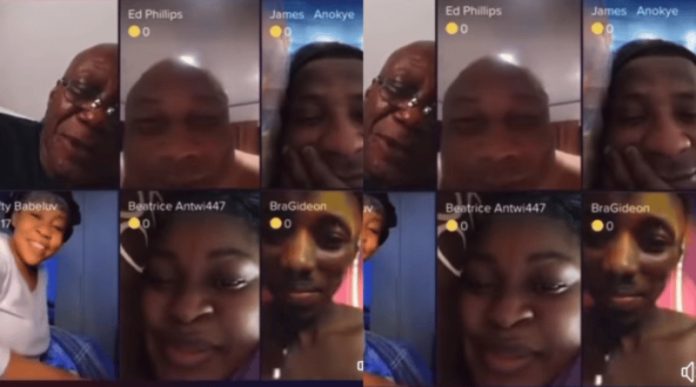 Many Ghanaians have been transfixed by a viral video on social media, prompting some to demand that the government outlaw the Tiktok app in their nation.

While Tiktok is used for educational purposes by people in developed nations, such as teaching different life tips, we in Ghana and Africa as a whole have converted the social networking app into a professional website.

90% of the content on Tiktok in the African demographic is sexually explicit and disgusting whenever you read through it.

These grandparents can be seen thinking sexually about some young women in this new film, which is embarrassing not just for the shameless guys but also for their family. The live session was conducted on a social networking app.

The guys are seen on the film telling the young women to twist, twirl, and bend as if they were having intercourse.

One of them even took the chance to crack a nut.