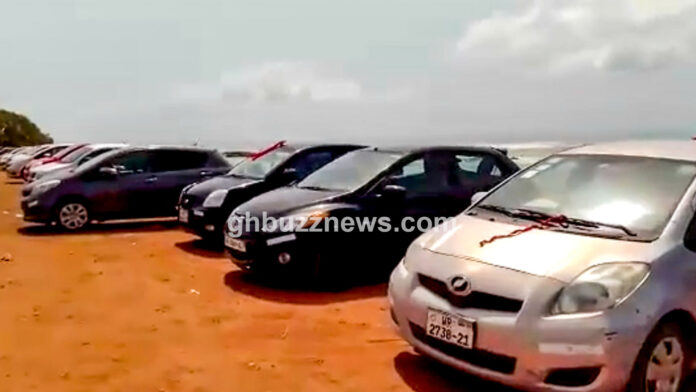 Secondi-Takoradi Bolt Drivers On Strike. The drivers of Bolt who ply their trades in the Secondi-Takoradi metropolis, have served a strongly worded statement to their managers as a matter of urgency,

to do something about their conditions of service else, the strike action they have undertaken today will continue until further notice.

The drivers announced earlier in the day that, their work is a hatchet job as they are encountering a lot of challenges on the roads due to the presence of some miscreants who are disguising themselves as though they were interested in their business.

The finance committee chairman and public relations officer of CODA, Ghana, Mr. Albert Bentum in a statement, bemoaned the recent hikes in fuel prices is significantly affecting their business flow and they are therefore, appealing to the Bolt company to do something about it.

The drivers have stressed that they want the government to intervene by regulating such operations since ride hailing app, Bolt deducts 20% of each service rendered.

But if they remain adamant, they are on strike for three good days; starting from: today, Monday through to Wednesday.

They further cautioned that, they do not pay heed to their humbled pleas, they will completely lay down their tools in search of a better opportunity.