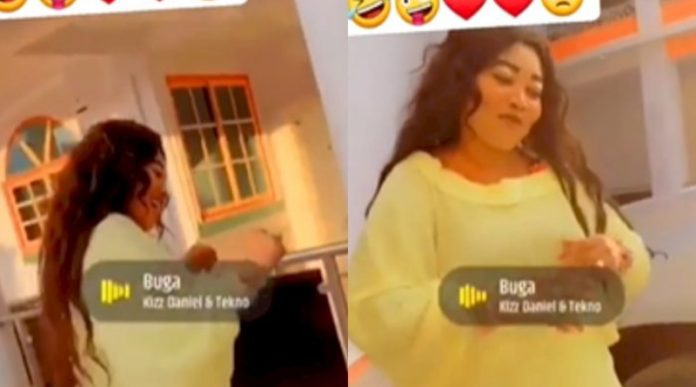 Ebenezer Adarkwa Yiadom, a controversial man of God also known as Opambour and occasionally as Prophet One, is a blessed man who lives a terrifying existence.

The recent appearance of a video showing his wife, Mavis Opambour, on social media leaves no other room for interpretation.

Despite her advanced age, Mavis has a stunning appearance and is very endowed. Many slay queens would kill for her backside, but she already has it for free!

Her dance in the prophet’s residence was captured on film, which surfaced on social media and generated discussion.

Mavis appears to be unconcerned with anything as she boogies along to Kizz Daniel and Tekno’s Buga.

The video doesn’t simply happen to show the couple’s beautiful residence; it also shows the cars that are carelessly parked on the property.

Man of God is chilling! Opambour has a lovely wife and wealth beyond measure.

As to how he gained those riches, those are topics for a different day!