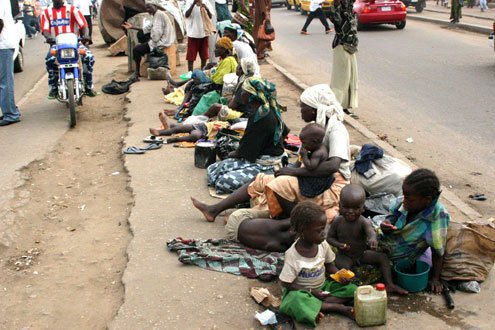 As teenagers in every part and parcel of the world compete for financial survival, the onus lies on authorities to make sure they provide suitable and formidable economic viabilities for such vulnerable individuals, who may have lost their loved ones in one way or the other due to certain unforeseen circumstances beyond their control in their various localities.

Street Begging has been disturbing phenomena which our political class mostly, must make proactive measures as mechanisms in totally eradicating the menace of child begging and sourcing for financial supports from everyone on the streets in the cases of African countries that are even well endowed more the nations of the white people but still, they go out there and stretch their hands shamelessly and disgracefully, pleading for financial bailouts so as to embark on national projects meant to be transforming and changing lives of their citizens clandestinely.

Ghana as a country, has not been left out of the hook of child begging and violation of their fundamental human rights because they think there is nobody available to come to their aid the moment their rights and abused and violated even if it happens in the full glare of the general public.

Nigeria has also been facing child begging most especially in the Northern parts of the country where it is always being practically difficult and challenging and far to reach for the government of president Buhari and his appointees to be lending their benevolent assistances to the people at north of Nigeria who urgently are in dire need of their financial aids and any other means by which they could lend them their supports.

Police officers at Kano, have taken a very bold and courageous step to make sure they have cleared off completely, the growing concerns of streets begging by teenagers mostly being the female children whose parents are in some instances seen publicly along with them while sourcing for financial supports to be able to make ends meet for themselves because there is nobody available to attend to their various pressing needs.

They have therefore with a united force, arrested at least, nine hundred and thirty one child teenagers at Kano as a step gap measure in ensuring that they are out of the streets because their activities are so dangerous and causing public uproar and nuisance to many people in the country.

According to the authorities in Kano State of Nigeria, it is high time they took such a strict and pragmatic step to solving that critical menace because their activities in the country have become so rampant and thus, disgracing and disturbing the government and at large, the peace and security of the Nigerian citizens and other nationals as a whole.