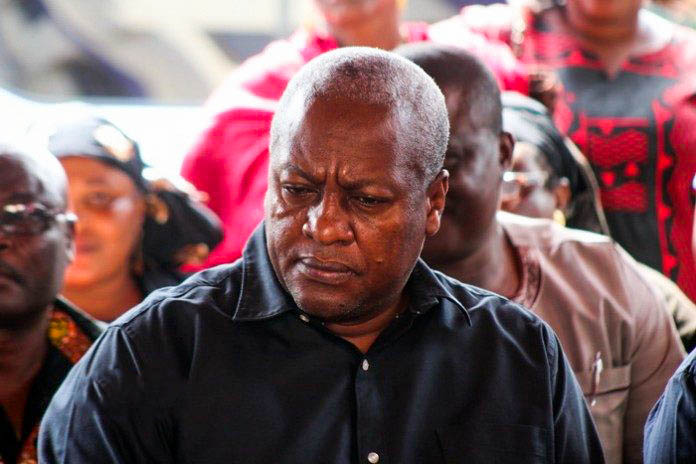 Owusu Bempah wants the Special Prosecutor to bring finality on this matter relative to the role Mr Mahama played in this matter.

It is recalled that ahead of elections 2020, the then Special Prosecutor Martin Amidu identified the elected Government official 1 in the Airbus SE scandal as former President John Dramani Mahama.

Mr Martin Amidu said “the only reason the former President [Mahama] has not been invited for interrogation (in spite of all threats from some of his followers and lawyers) is the fact that he got himself an insurance as the Presidential candidate of the other largest political party in Ghana.”

He added that “prudence dictated that the interrogation be held in abeyance during this election season.”

Mr Amidu stated these as part of his observations in the corruption risk assessment report on the Agyapa Royalties deal which he submitted to the Office of the President on October 16, 2020.

Citing some of the cases his office was working on at the time, in relation to the fight against corruption in Ghana, Mr Amidu mentioned that his Office also had warrants of arrest issued by the Courts of Ghana, and an Interpol Red Alert Notice outstanding for execution in the case of the Republic v. Samuel Adam Mahama and Others (known as the Airbus SE – Ghana Bribery Scandal involving the then Government of Ghana).

He added that he also had documentary evidence of suspected forgeries and deceit of a public officer by the three full blood brothers in the corruption transaction to obtain a Ghanaian passport for Samuel Adam Mahama, who he said was a “blood brother” of former President Mahama.

He told journalists on November 3 2020 that “I am disappointed in Martin Amidu for putting that paragraph in his report to equalize things. No financial benefit accrued to me.

“Not a single dollar…We are talking about a deferred prosecution agreement in which nobody’s names were mentioned and yet there’s been an inference that it must be this person, it must be that person and so legally, he doesn’t even have any basis to proceed, on what basis, on what document is he proceeding?” he said.

But Ernest Owusu Bempah said the Fixing the country movement will petition the new Special Prosecutor, Mr Kissi Agyebeng to investigate this matter as part of efforts to fix the country.

“We are going to let the whole world no who is the grandfather of corruption in Ghana. We are going to petition the new special prosecutor to investigate the Airbus saga

“On Wednesday we are going to hold a press conference and announce to the whole world how corrupt Mr Mahama is,” he said on Net 2 Monday August 30 2021.