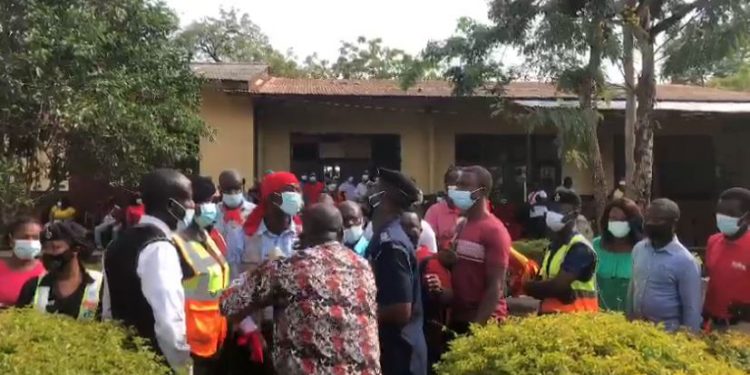 About 40 parents of pupils of Achimota Preparatory School have besieged the park of the academy to demand justice over what they describe as nasty and arbitrary lapse of the academy by flat-footed police officers and officers of the Ghana Education Service.

Supreme of the parents who spoke to the media expressed their disappointment in the Director General of the Ghana Education Service (GES GES), Professor Kwasi Opoku Amankwa who they said sanctioned the preemption of the academy in a way that scarified pupils who were in class at the time.

The parents who were thereafter dispersed by pool of the Achimota Police Station said the GES has no legality to take over the institution.

According to them, the GES director has failed to produce a mock of the supposed court ruling that grants it leave to take over the academy.