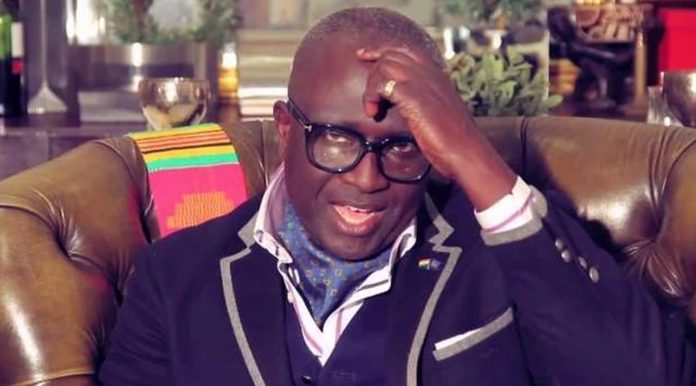 Kwesi Kyei Darkwa, an ace Ghanaian broadcaster, has alleged that the host of Good Evening Ghana on Metro Tv Paul Adom Okyere is such an unfaithful husband that women should be wary of.

According to KKK, Paul Adom Okyere recently sought permission from him so that he could bring his standby woman despite being married to his wife at his private residence so as to have an amorous affair with the alleged lady at the blind side of his wife who was by then sleeping at home thinking his husband was on an assignment.

The expos’e being revealed by KKD, is so damning and denigrating that it could easily erode the trust that the wife of Paul Adom Okyere’s wife has for her lovely husband and nowadays that an agape love is a scarce commodity, people of such attractions must thread cautiously because those innuendos and malicious statements being leveled against the other will not augur well for peace and tranquility to prevail in the family of such individuals who must know their limit of accusation against each other on the airwaves.

There has been back and forth conflicting accounts between KKD and Paul Adom Okyere after the president of Ghana Nana Addo Dankwa Akufo Addo has appointed the minister of finance and economic planning Ken Ofori Atta to be the transactional advisor to government on foreign eurobond or loans where the same Ken Ofori Atta is the owner of Data Bank which puts him in a conflict of interest position.

According to KKD, Ken Ofori Atta erred in accepting to be the leader of government main negotiator on the front line of loans acquisition from the international monetary fund because he is the same individual who owns Data Bank and in his respective view, he would have the chance of making money for the progress of his company at the expense of Ghanaian people but Paul Adom Okyere thinks other words.

That is the cause of the whole brouhaha between Paul Adom Okyere and KKD which the matter is now getting closer to the boiling point and if care is not taken, more beans are going to be spilled. In a sharp rebuttal to the claims made by KKD on the appointment of Ken Ofori Atta, Paul Adom Okyere stated that it is not now that the owner of Data Bank has been appointed to do such a national assignment but he had been in the same position since 2014 and not that he got the opportunity when Nana Addo Dankwa Akufo Addo became the president of the republic of Ghana.