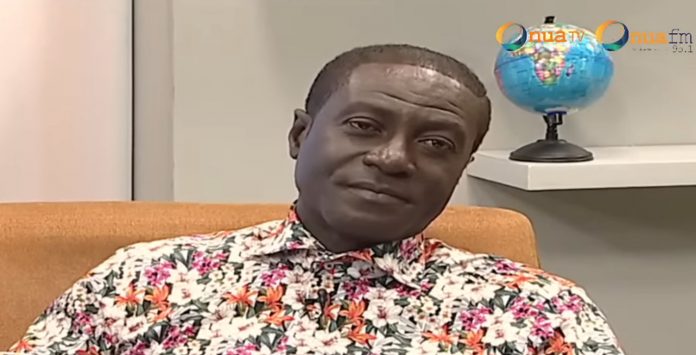 Paul Adom Okyere to stop fooling over his recent comments on the use of finance minister Ken Ofori Atta’s Data Bank as transactional advisors for the international loans Ghana takes.

The appointment of Data Bank as the transaction advisor on Ghana boards puts Ken Ofori Atta in a conflict of interest situation. According to a veteran broadcaster Kwasi Kyei Darkwa, popularly known as KKD, Ken Ofori Atta and Parliament must be blamed for the woes of the Ghanaian economy. He described as foolishness and nonsensical the use of Data Bank as transactional advisors for the international loans Ghana takes.

Speaking on GTV Breakfast show on Wednesday, August 17th, 2022, he questioned why only Ofori Atta’s company Data Bank is used as a transactions advisor to the government on loans that are entered into.

He therefore called out on parliament for sleeping on their jobs. It is only that basis that Captain Smart chastised Paul Adom Okyere because, he sees nothing wrong about the choice of Data Bank as transactional advisor which he felt angered and thus he descended on him.