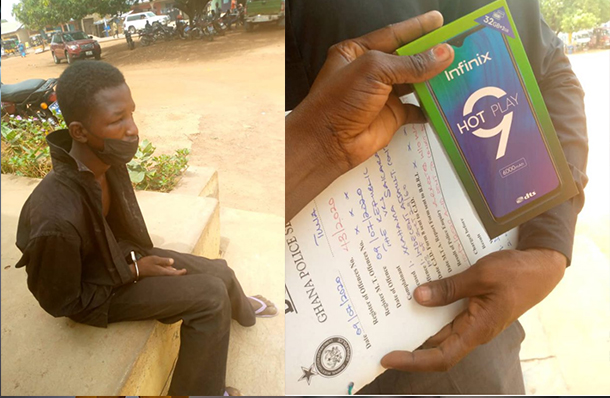 A 20-year-old herdsman, Ibrahim Lobbol, has been sentenced to 18 months imprisonment for stealing an Infinix mobile phone.

The prosecutor in the case, Chief Inspector Abdulai Awuni, in his statement, said the accused stole the phone from the complainant’s house at Tuna.

After a successful robbery of the slightly used phone, he is said to have sold the smartphone for a meager GHS 80.00.

Unfortunately for him, the new owner is said to be a friend of the original owner who reported the thievery to other residents.

Subsequently, Mr Lobbol was arrested after he was traced and handed over to the Tuna Police in the Savannah Region.

He was charged with stealing at the Bole Court where he pleaded guilty to the offense.

The court, presided over by His Worship Andrew Prince Cudjoe, in his judgment, said the sentencing was to serve as a deterrent to notorious thieves in the Sawla district.