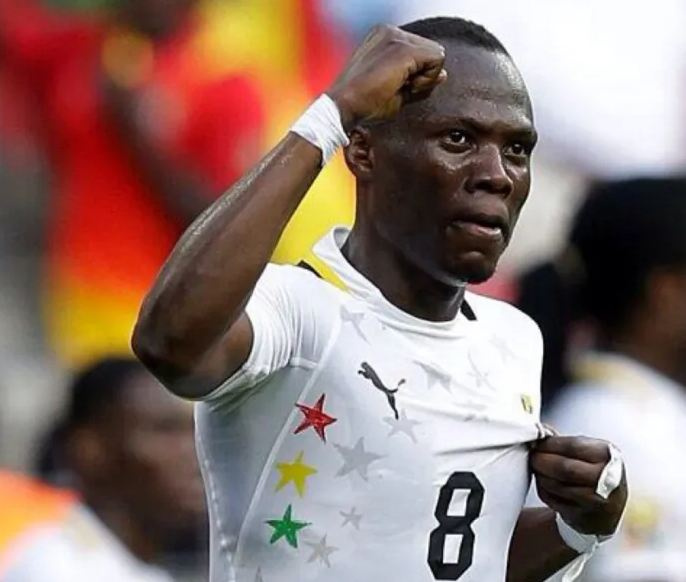 Former Ghanaian International, Emmanuel Agyemang Badu, has indicated that playing for the Ghana Black Stars is such a rare privilege for him and that is the main reason why a lot of incidents happened to him while playing for the country but he was not outspoken about it because it is a national assignment he has been called up to embark upon.

According to him, because of his love for the country and the National Football team of Ghana, The Ghana Black Stars, he suffered countless life threatening injuries in the cause of playing for Ghana more than playing for his clubs on the white man’s land but he was very silent about it bearing it in mind that it is a national duty which he was given the special assignment to undertake while many people are also looking for the same opportunity.

He said playing for the country is such an extraordinary experience accorded him because of that , he has learnt not to openly state certain things in the media which could easily jeopardise his relationship with his leaders at the camp of the national football team, the Ghana Black Stars.

He further revealed that though he never regretted doing all that for Ghana but he suffered a lot of injuries whilst playing for the country more he experienced same at the club level because of his commitment and dedication towards the country and the national team in general.

According to him, even though he played for the country with his whole heart, he still believes the country can do more for her players by paying them well because it is a national call and so, when players are treated graciously and decently, they will always be happy within themselves and play with sacrifice for the country and the Black Stars as a whole.

He further stressed that, certain crop of players who also represented the country before on national exercises should not be maltreated and castigated because nobody knows tomorrow and life could turn out to be in anyway unexpectedly for anybody therefore, there is the need for brotherly love to be existing among the past legends and the current standing players in the country.

Agyemang Badu had been quoted in the media scenes previously for suggesting to the Ghana Football Association, GFA, that they should consider taking the former captain of the Ghana Black Stars, Asamoah Gyan to the World Cup Tournament after he requested that he would like to be part of the current crop top hierarchy going for the World Cup championship in November this year so that he could also play a pivotal role in ensuring that the national team of Ghana wins big at the world football stage.