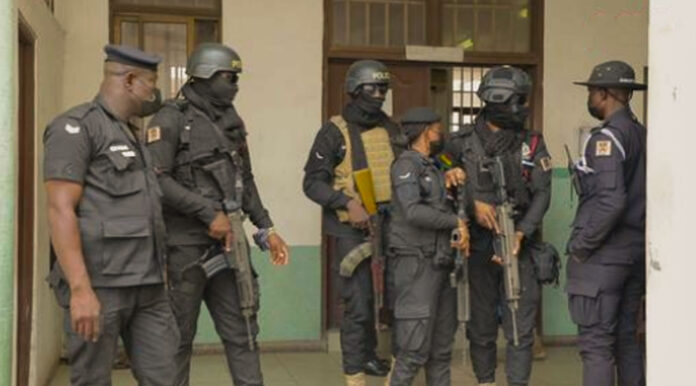 It has been reported that the police officers over the weekend invaded and intruded into the private residence of Ernesto Taricone, the boss of Trasacco

Many Ghanaians online have jumped into the defense of the Trasacco boss when the information communicated to the general public was that some Armed police officers in adorned in uniforms stormed his residence under unclear conditions.

As the police officers have distanced themselves from the claims that they were those who broke into the residence of the Trasacco boss which they refused, the people of Ghana are blaming the police administration for always telling lies in everything they are suspected to have done wrongly because there is no particular day in Ghana where the police officers and the administration in general would confirm any wrongdoing against them by the public but always refuting and denying criminal activities on their persons.

Due to how the political leaders of Ghana are engaged in doing their job, it has killed the moral interest in people who are willing to file for any reports against those they suspected to be having some kind of underhand dealings in the country because if care is not taken by you the informant, you are going to find yourself at the wrong direction of the criminal elements in the country who are closed associates of the officers whose duties are to provide security and protection for the citizens of Ghana but rather they are doing the contrary with an impunity.