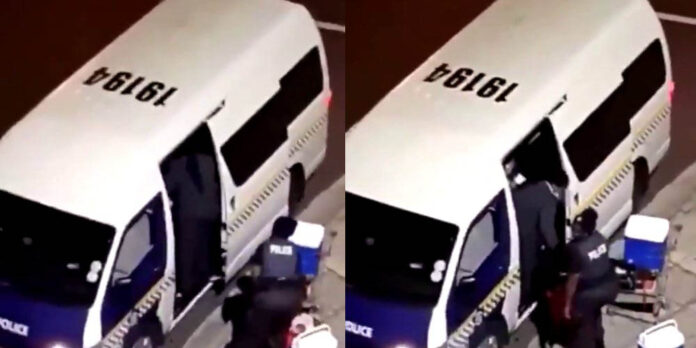 Some police officers in South Africa have been caught on camera doing exactly the opposite of what they swore to do.

Some three officers were seen in a video loading their van with items in large quantities from a store while watching rioters parade the streets to destroy properties.

The recent unrest in South Africa has paved way for its citizens to barge into stores and malls and take home anything they lay their hands on.

Riots broke out yesterday as some citizens protested in what has been linked to the jailing of ex-president Jacob Zuma.

#SouthAfrica
Police are even looting pic.twitter.com/Py1G0RyDOy