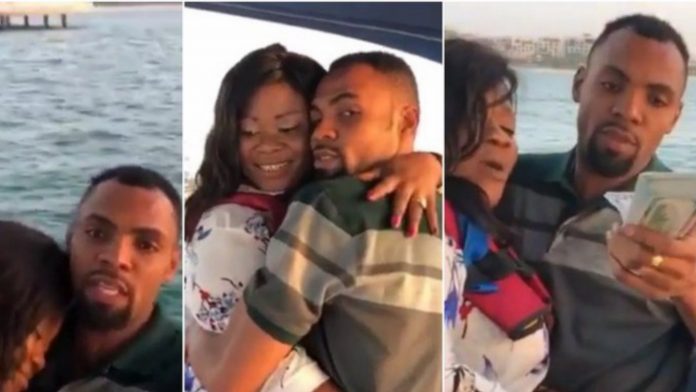 Obofour has reportedly bypassed the humongous b*tt of his wife Ciara and her calmness and gone for one Maame Lizzy as his second wife.

The marriage which allegedly happened about a month ago was held at the blindside of Bofowaa Ciara.

Following Obofour’s secret nuptials, a report has again surfaced that he has gone on a honeymoon with his new wife.

According to controversial vlogger Manasseh, Rev Obofour has travelled with his second wife to the UK for their honeymoon in London.

They are reportedly chilling and making memories as a new couple.

Meanwhile, Bofowaa is said to be acting all cool and posting on Tiktok though her marriage with Obofour is in shambles!