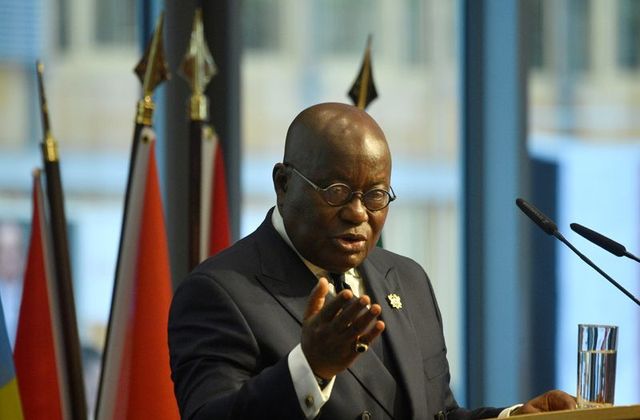 The President of the Republic of Ghana, His Excellency Nana Addo Dankwa Akufo Addo has stated that, being the main architect of introducing the Free Senior High School (SHS) Policy in Ghana for the first time ever in the history of the country, has not been so easy for him as though he to be the ones to embrace his good educational policy, are rather opposing that from him whilst he finds that to be unpatriotic behaviours from such people in Ghana.

According to him,he personally knows of some notable and very powerful people with authority are strongly against what he does because they do not buy his idea of introducing that laudable educational policy in Ghana with the best reasons known to those people who are fighting against the successful implementation of his government policy.

In Ghana, anything that comes from someone else new, it is vehemently objected to because if it happens that particular individual will become a popular brand and well respected in society thereby making other people seem non entities and completely useless therefore some powerful persons who he is thinking that they would help him to succeed in bringing total and lasting solutions to the challenges and setbacks being faced by the country, but rather in an unfortunate turn out, those people are struggling to come to terms with the reality thereby secretly planning and executing agenda that are repugnant and retrogressive so that his government would not succeed in building a better Ghana.

From what has been reported by the president to Ghanaian people, the thoughts are that he is referring to the officials of the main opposition political parties in Ghana even though he has not been blunt in disclosing who those individual members are located and what they are doing for a living.

Even though the president has introduced that much fought against policy as he said, it is not without financial difficulties as those managing the policy are seriously struggling to adequate manage it to achieving the purpose under which it has been set up in the country by the government headed by the incumbent president, His Excellency Nana Addo Dankwa Akufo Addo.