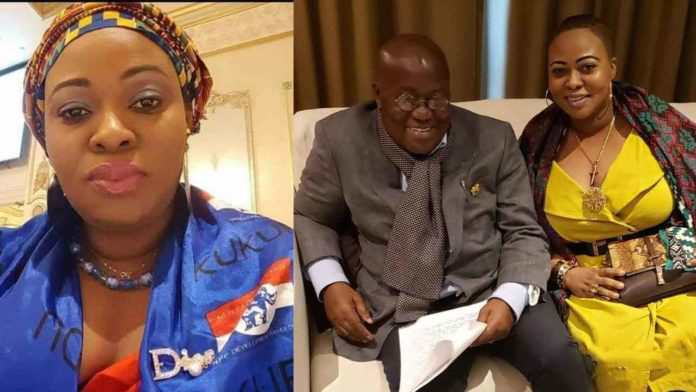 There is a high level of scandalous allegation involving the presidency of Ghana where a certain woman claiming to have a secret sextape video recording about an amorous encounter between she and the president of Ghana, His Excellency Nana Akuffo Addo.

The allegation being peddled against the president, is very rife on the mainstream media where people from all walks of life are delving their perspectives into the fray.

The claim is currently brewing discomfort among the political class in government as the woman at the centre of the sex escapade states publicly that she had the video in her possession as an incontestable evidence to be tendered during an exhibition for perusal.

The presidency is at the moment, remains silent as if there is nothing as stake. Meanwhile, the minority caucus in parliament, has called for an independent enquiry into the claims by the woman called Serwaa Broni who alleged without proof that, the president of the Republic has been having sexual intercourse with her.

According to the minority, such a claim has put the president into total disrepute and brought down the state so low that if proven right, the president must do the honourable thing and relinquish power.