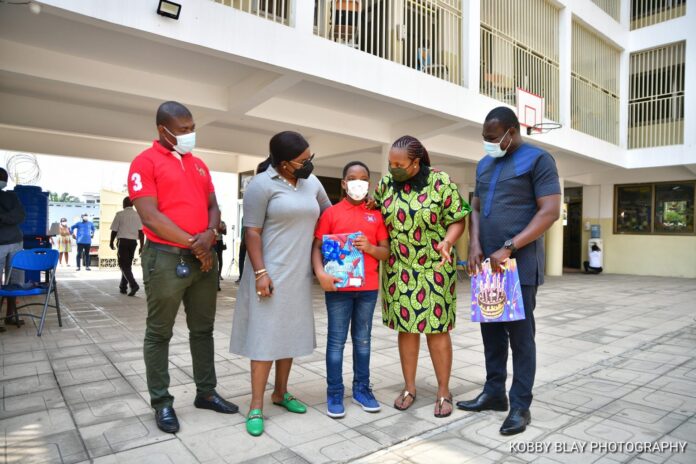 Oswald wrote a letter to remind her of the things to bring during ‘Our Day’ has admitted that, among the list of items her son requested, she would definitely not honour his request to bring his iPad to school.

In an interview this morning, the mother of the 9 year stated she was going to get her sons need but will disappoint in the iPad he requested for.

In a post on social media, the NDC running mate for the 2020 general elections, Professor Naana Jane Opoku-Agymang promised the young champ the latest iPad Pro.